LIKE A MUSIC BOX. Stories and chronicles of a cathedral city

From Wednesday 26 August to Wednesday 2 September, the square and Cathedral of Trento will come alive and speak to tell their story, and be looked at with new eyes 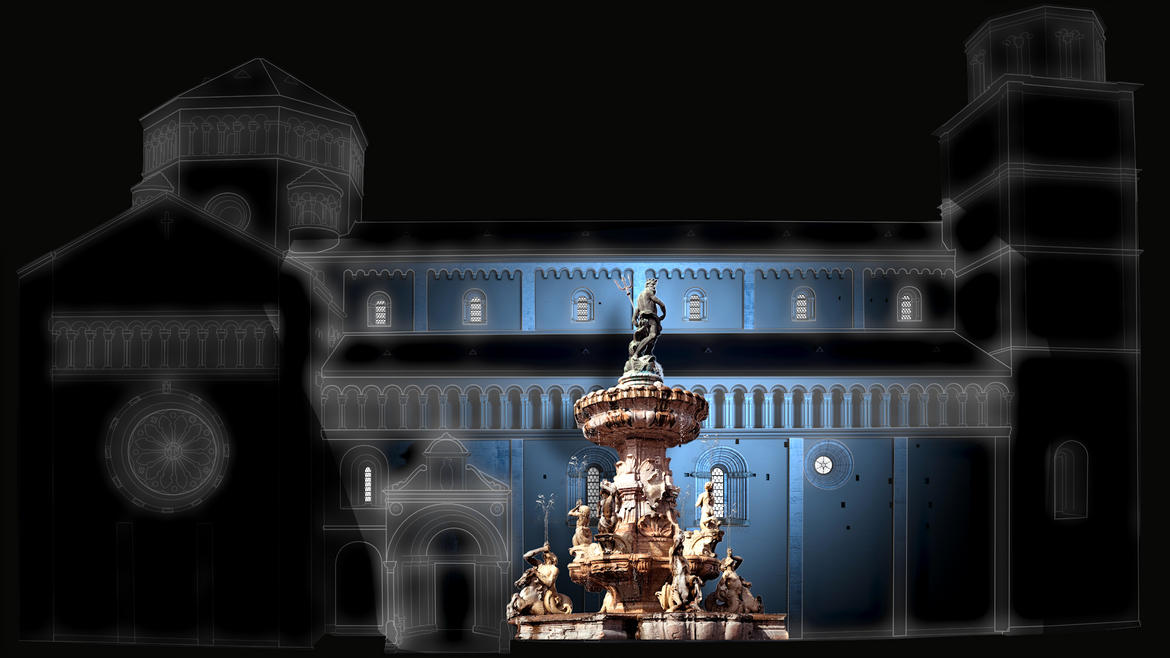 COME UN CARILLON. Storie e cronache di una città cattedrale” (LIKE A MUSIC BOX. Stories and chronicles of a cathedral city) is a video installation that will be projected in Piazza Duomo in Trento twice a day (at 21.30 and 22.30)

The Cathedral of Trento will come alive and speak to tell its story and be looked at with new eyes.

The history of the main square of Trento is retraced backwards, by telling the twists and turns of the story from the protests of 1968 to the Great War, from the Enlightenment to the Council, from the factory of the Cathedral of Trento to the Roman city. Sounds and images will evoke the thousand-year-old history of the "heart of stone" of Trento, which stands for the boundary line between the inside and the outside, between the political and religious dimensions, symbol of a dialogue between different worlds, often in contrast with each other.

The installation unravels in time with music, in the form of a ballad and transforms the facade of the Duomo into a cathedral of light.

The showing, lasting 15 minutes, opens with a reflection on the role that the square has played over the years in the debate between politics and religion (March 1968) with the protest choirs and songs by Bob Dylan. The focus will then move from the protests of 1968 to the Great War; in a fruitful contrast between the church facade, here’s Neptun’s Fountain, whose trident represents Tridentum, the Roman and pagan city, reinterpreted in a secular key.

The temporal music box then recalls the inaugural procession of the Council of Trento (13 December 1545) and the breaking of Europe.

Then, the Duomo factory is a collective and secular work, built under the guidance of the d'Arogno family to transform it into the symbol of the newborn Prince-Bishopric of Trento. An emblem that is still clearly legible today, in which religion and politics used to be perfectly integrated, under the protection of the Holy Roman Empire.