A kiss between two worlds. Atala by Innocenzo Fraccaroli at Castel Thun 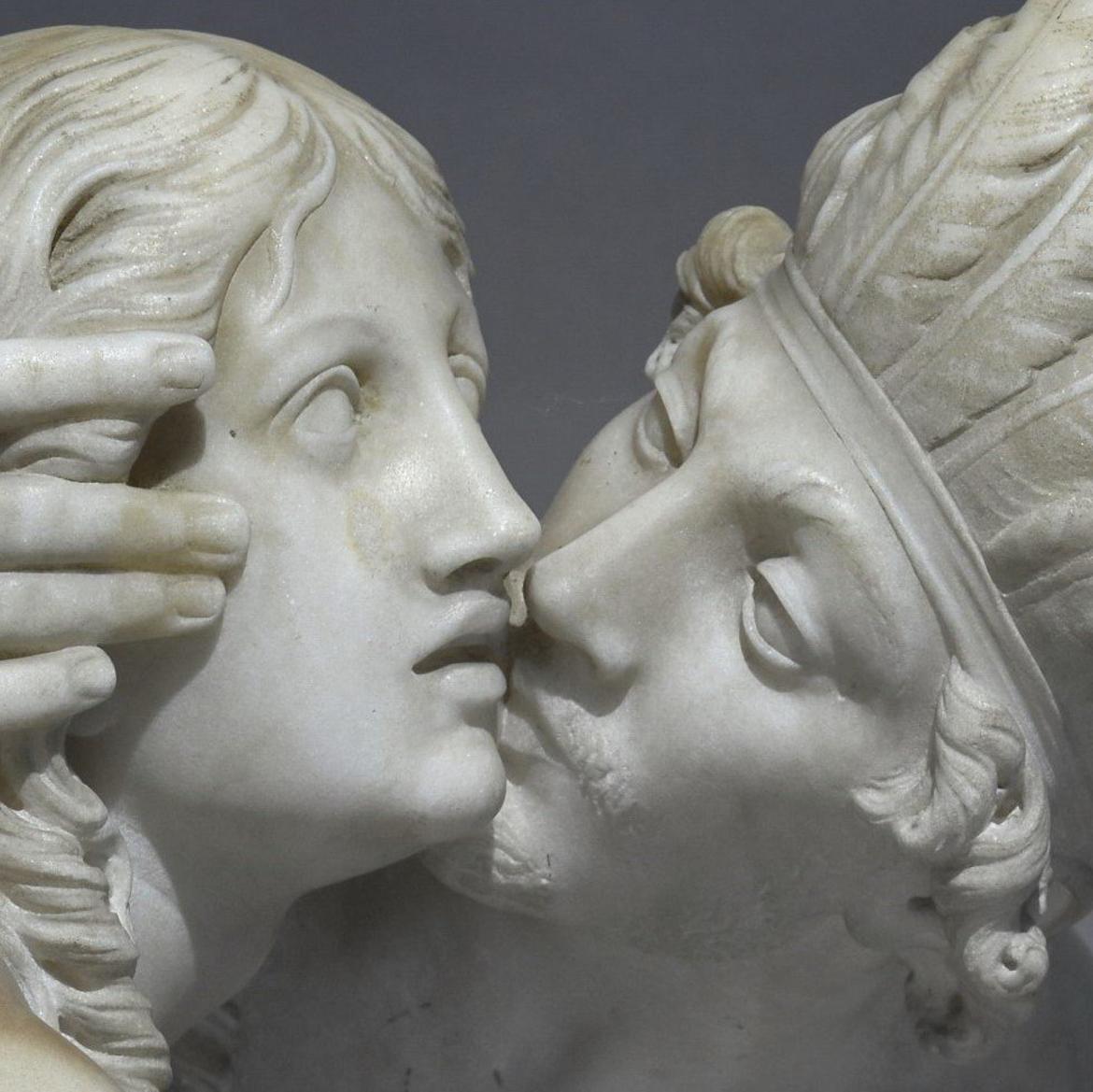 The exhibition, curated by Roberto Pancheri and set up in the Torrino that once housed the Library of Castel Thun, proposes a focus on one of the most valuable sculptures with a profane theme that arrived in Trentino in the 19th century, the sculpte of Atala and Chactas by Innocenzo Fraccaroli (Castelrotto di Valpolicella 1805 - Milan 1882): one of the most seductive 'kisses' of 19th century Italy, which sits easily alongside the romantic icon created in the same period by Francesco Hayez. Acquired by the Autonomous Province of Trento in 2011, the work comes from the collection of Barons Salvotti de Bindis of Mori, where it has been documented since 1928.

The subject of the sculpture is taken from one of the most successful novels of the 19th century, Atala ou les amours de deux sauvages dans le désert by François-René de Chateaubriand, a classic of French literature. Inspired by the Rousseauian myth of the 'good savage', the novel tells of the passionate and tragic love of two young Native Americans, Atala and Chactas. Having escaped together into the forest, the two feel a natural attraction but are divided by religious morality: Chactas is in fact pagan, while Atala is Christian. In order not to contravene a vow of chastity pronounced on her mother's deathbed, fearing not to resist a passion she considers sinful, Atala takes poison at the very moment when their first intercourse is about to take place.

The story - which combines the pathetic nature of the affair with the exotic setting in the forests of Louisiana - enjoyed great popularity in the figurative arts, starting with Girodet-Trioson's famous painting of The Burial of Atala, presented at the Parisian Salon of 1808 and now in the Louvre.

Fraccaroli's group undoubtedly constitutes the most successful artistic interpretation of the subject offered by an Italian artist. Heir to Canova's classicism and interpreter, at the same time, of the new Romantic sensibility, the Veronese sculptor undertook the theme of Atala as early as 1846, the year in which the first version of the statue appeared in an exhibition at the Brera Academy, arousing widespread acclaim and enthusiastic reviews

This artwork - the only marble version so far found - bears the signature and date of 1853 and can be identified with the autograph replica that was sent to the Universal Exhibitions in Paris in 1855 and 1867. Alongside the portraits of Chateaubriand and Judge Antonio Salvotti, the exhibition includes photographic and book materials related to the statue and its literary source, including some 19th-century editions of Atala and Genius of Christianity.