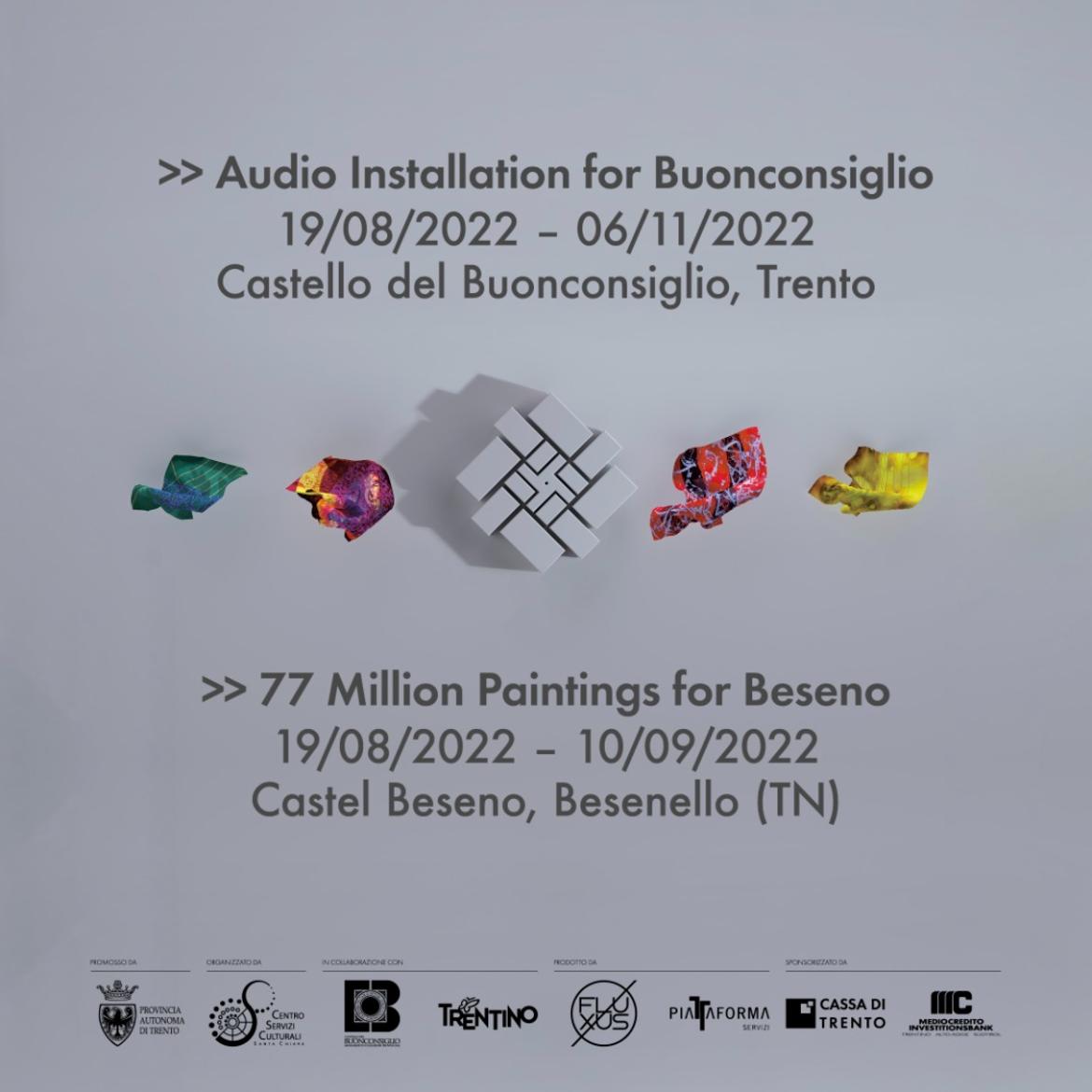 A true icon of international contemporary culture, Brian Peter George St. John le Baptiste de la Salle Eno is one of the most significant artists of our time.

Starting from an idea of art as a form of expression capable of interacting with the environment and the spectator, he uses different media to merge music and figurative arts, creating veritable "soundscapes" in which to immerse the spectator.

Castel Beseno will be the site of a spectacular large-scale audiovisual installation: 77 Million Paintings for Beseno.
Brian Eno has in fact chosen the majestic walls of Castel Beseno as the "canvas" on which to animate the infinite visual combinations of his most famous work. Conceived as "visual music", 77 Million Paintings stems from Brian Eno's constant research into light as an artistic medium and his desire to explore the new aesthetic possibilities offered by technology: by superimposing in random order the layers of 400 paintings made by Eno himself, a software generates 77 million combinations without ever repeating. Synchronised with the visual work in motion, a unique and unrepeatable sound carpet comes to life, such that no sound will be heard a second time.

at 21.00 on Friday and Saturday until 10 September