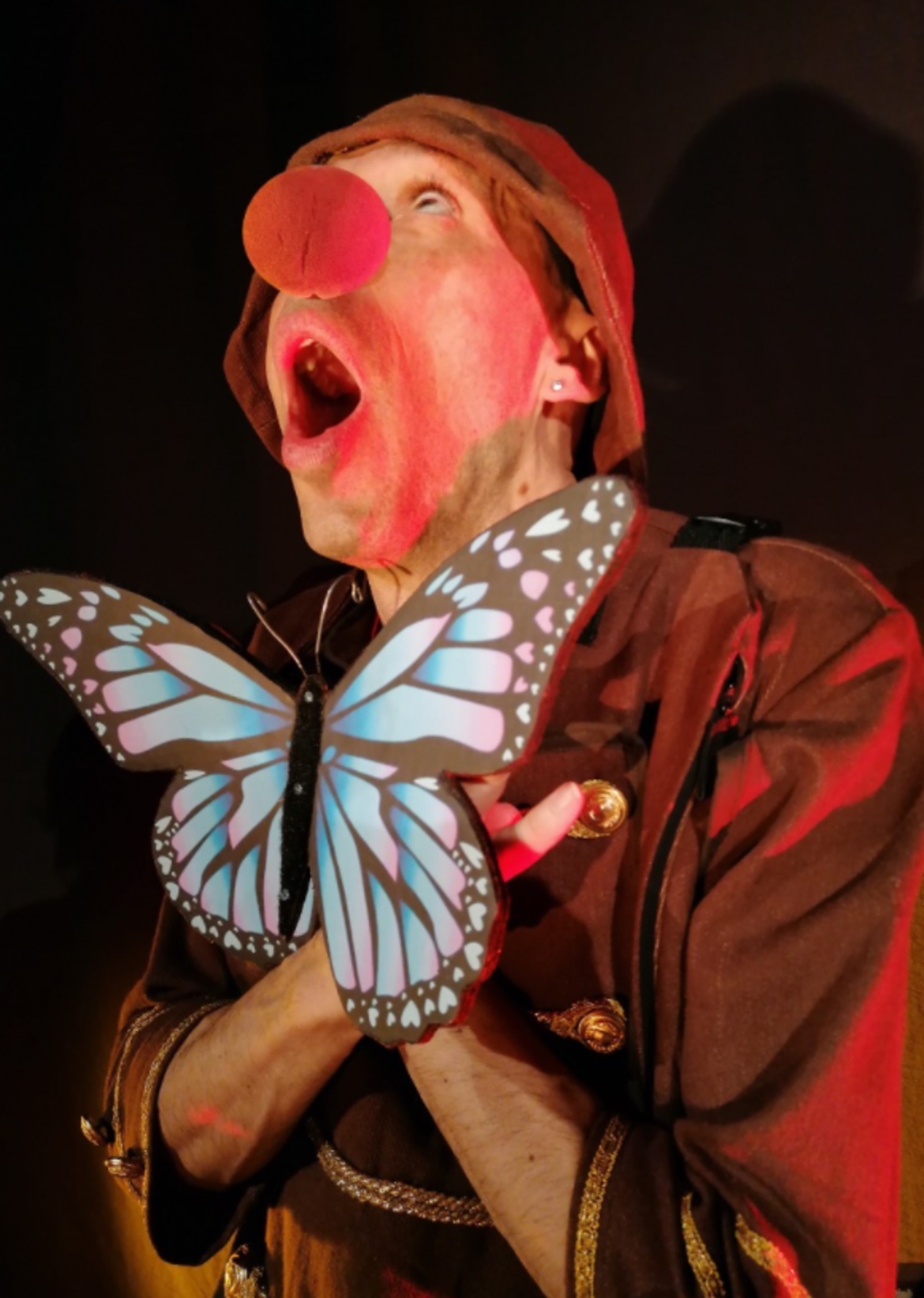 Pulcetta (Red-nosed little flea) was a clown, the one who makes people laugh. In the circus where he worked, he made children laugh, as well as old people, angry people, tired people, happy people, everyone. Pulcetta made everyone laugh!

One day, however, something unexpected happened, something that would change the life of the circus forever: Pulcetta had lost... THE RED NOSE!!! He had searched everywhere, rummaged in his pockets, under the circus ring, but there was no way the Red Nose had disappeared. He had to find it! Pulcetta had decided that the next day he would go to look for it, someone could have seen his nose!

And so he met the Flamingo, the Hens, the Giraffe, the Snail with the house on his shoulders. He asked the Sea, the Fishes, the Moon; he got lost in the Forest and found the Butterflies again in springtime. In short, a long journey to discover that the Red Nose had always been close to him at all times, in every moment of his dancing, his singing, his laughing....

Free admission: from the third kid; children under 3 years old (held in an adult's arms); helper of the disabled persons.

Free admission is also offered to any person whose birthday takes place in the week before the show (from Monday). The free ticket is to be picked up at the theatre box office.

The seats are not numbered

In case of ticket purchase in external points of sale or online, please write an email to: biglietteria@centrosantachiara.it  and specify name, surname and quantity of the requested tickets, with a minimum of 24 hours notice.

Green Pass required according to the Legislative Decree 23 July 2021 no. 105. 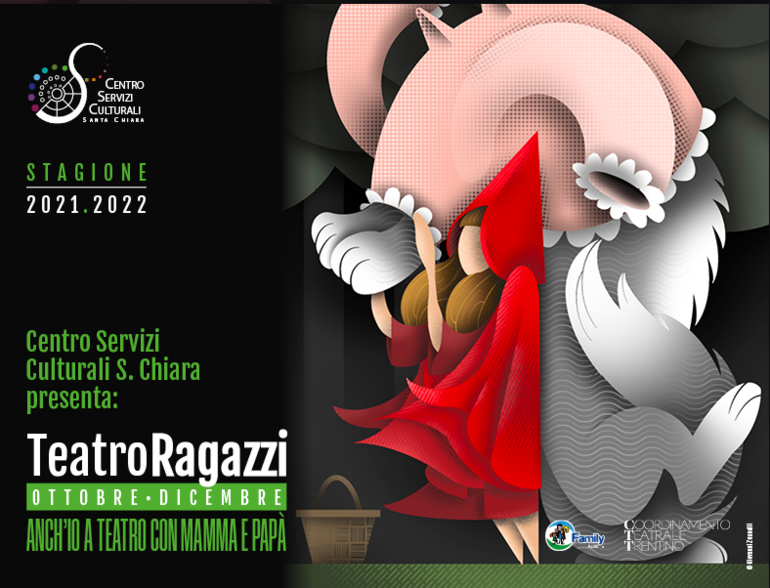