From the Social Theatre of Trento 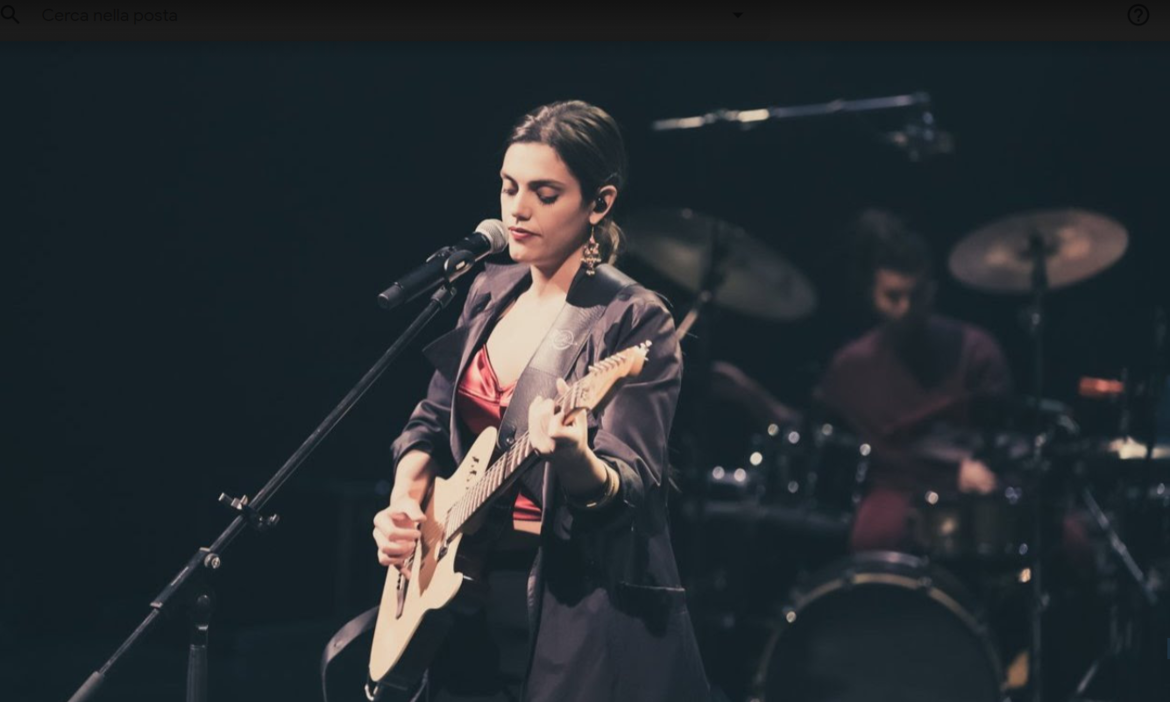 The new live video of Abaué (A trap boy's death), by Margherita Vicario, was shot on stage at the Teatro Sociale, on the occasion of the Trentino date of the Upload On Tour. It will be published on Wednesday 7 April on the YouTube and Facebook channels of UploadSounds, the Euregio music platform.

UploadSounds - the music platform that has been working for years to promote young talent in the Euregio - has succeeded in its mission, with a well-attended contest and a tour.

In fact it has involved hundreds of fans and music lovers, by alternating remote, as well in presence events.

The live video of Abaué (A trap boy's death) was made during Margherita Vicario's performance at the Teatro Sociale in Trento, which took place behind closed doors but was warmly received by more than 2000 people connected via streaming. The video will be published on Wednesday afternoon, 7 April, on UploadSounds' YouTube and Facebook channels.

A powerful and energetic show by Margherita Vicario, Roman singer-songwriter. Her first album, Minimal Musical, was released in 2014; her second work, entitled Bingo, is due out in spring 2021. It includes an EP (Esercizi Preparatori, 2014) and a series of highly successful singles, including Abaué (A trap boy's death), which, after making the home audience dance in the evening of 13 November, can now be relived in this brand new live video, with footage shot by Lineematiche creative lab.