Let's admire it at the Mart until 8 March 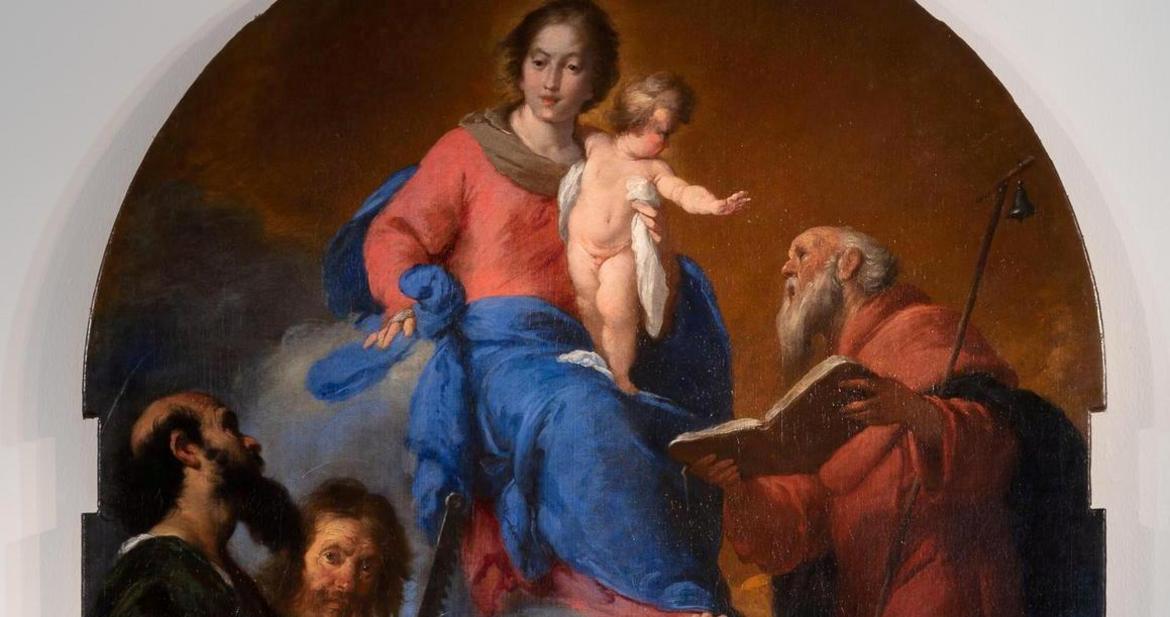 The restoration of the altarpiece Madonna con Gesù Bambino in gloria e santi (Madonna and Child Jesus in Glory and Saints) by Bernardo Strozzi ended by the end of January.

The President of the Mart, Vittorio Sgarbi, wanted it to become the protagonist of an unprecedented comparison with some works by Yves Klein. In the permanent collections of the museum in Rovereto, this is a Focus that challenges the concept of contemporaneity.

The modernity of the blue that characterizes the robes of the Virgin and St. Peter, Sgarbi decided to bring the Madonna and Child Jesus in glory and saints (of about 1640) inside the permanent collection of the Mart, after finding it in a small church in Tiarno di Sopra, in Val di Ledro.

The seventeenth-century work is put in comparison with a monochrome by Yves Klein (1928-1962), the French artist who patented the most famous blue in the world: IKB (International Klein Blue). The precious Focus is completed with the exhibition of the famous Ex Voto dedicated to Saint Rita da Cascia (1961), a precious triptych that Yves Klein had brought to the Umbrian Sanctuary of the same name as a sign of devotion.