Castel Thun celebrates its 10th birthday with a virtual party! 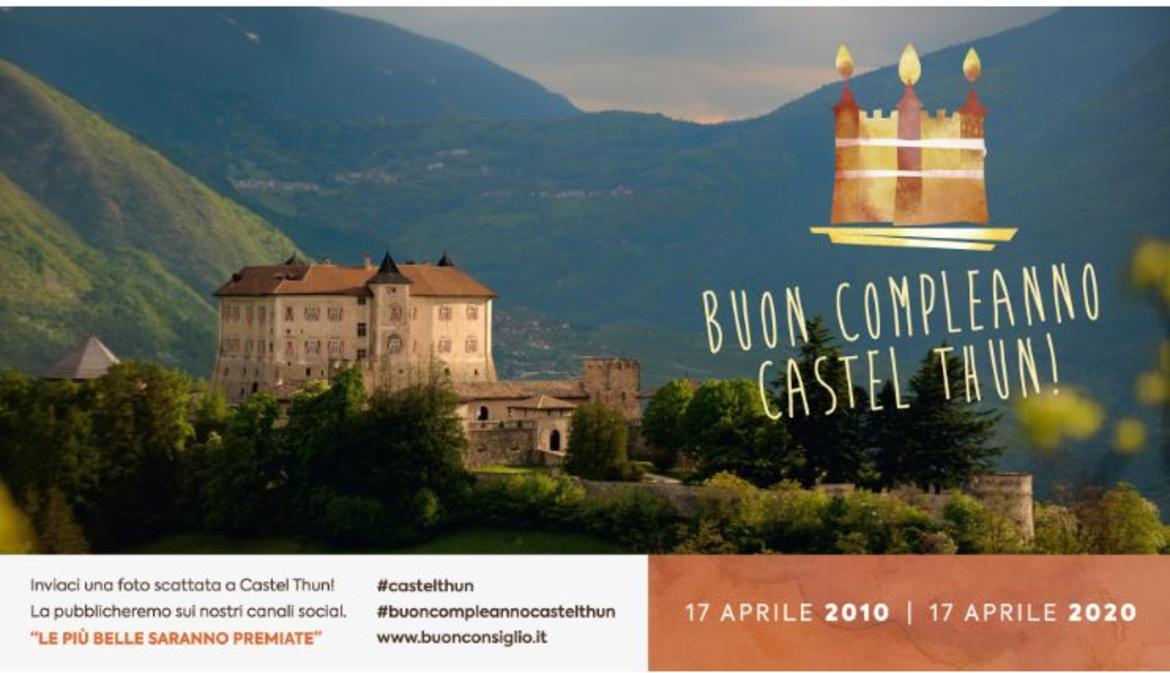 Almost 900,000 visitors have admired the magnificent castle of the Val di Non Valley since it opened its doors on 17 April 2010.

It will be a birthday with a virtual party and many surprises.

In Vigo di Ton, Castel Thun is a splendid example of Trentino castle architecture.
Symbol of the ancient splendour of one of the most powerful families in Trentino, the magnificent and majestic Castel Thun overlooks Val di Non.

Purchased by the Autonomous Province of Trento in 1992, Castel Thun is nowadays one of the venues of the Castello del Buonconsiglio Museum.

In these last ten years, in addition to several exhibitions dedicated to the Thun family and their history, restoration work has been carried out on the sacristy, on magnificent wallpapers (Biedermeier Room), and numerous paintings and sculptures; in June 2016 Castel Thun has arranged a new exhibition layout, also thanks to the support of architect Michelangelo Lupo. By drawing on the rich collections of the noble family, works of art and objects such as sculptures, alabasters, candelabra, paintings, documents, porcelain have been added in many rooms, making this aristocratic residence even more fascinating.

Over the years, Castel Thun has been the scene of many events including concerts, conferences, lectures, theatrical performances, art entertainments, TV broadcasts, and historical re-enactments.

To celebrate its happy tenth birthday, the Castle and its museum were just getting ready for a great party, but unfortunately - following the new measures taken for the Covid-19 disease control - this will be turned into a virtual even. Yet, everybody can join it via its website and the museum's social media: during the celebration week (from 14 April), you'll enjoy stories, videos and photos that describe the the most beautiful rooms of the manor and the most interesting collections.

You can also take part in a contest on social channels: here, the most beautiful photographs of Castel Thun, taken in recent years by followers with the hashtag #buoncompleannocastelthun #castelthun will be rewarded with nice museum gadgets.

There will also be activities and workshops for families to do at home with a "Visit to the court" made with comics, while on the day of the birthday a short video posted on the website and social channels will tell the most significant moments of these ten years of history of Castel Thun.

Enter the rooms of the Thun Castle!

Built in the 1250s, it was the main residence of the Thun family. It was open to the public in 2010, and is nowadays one of the venues of the Castello del Buonconsiglio Museum.