The historic section of the library belonging to the Congregation of Trento is transferred to the Diocesan Library “A. Rosmini” of Trento 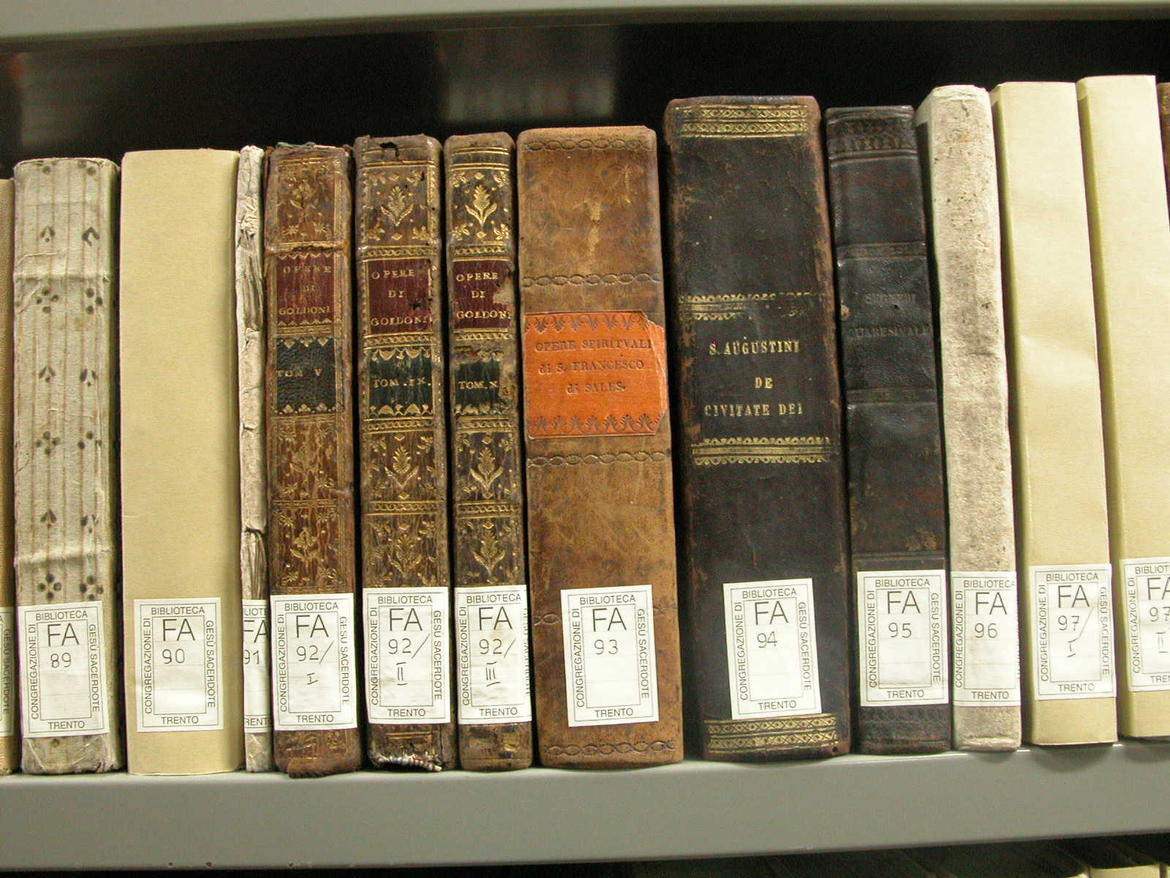 [ Soprintendenza per i beni culturali]

The Congregation of Jesus priest (Venturini Fathers), founded in Cavarzere (Venice) in 1926 by Fr. Mario Venturini, was brought to Trento in 1928. It consists of religious, lay brothers and diocesan priests.

The Venturini Fathers founded their mother's house in Trento, where priests commit themselves especially to prayer meetings for priests and religious, to temporary reception of priests at certain times of difficulty and to editing spiritual magazines (Presbiteri and Spirito e vita. i.e. Presbyters and Spirit and life).

In 2004, the historic section of the library belonging to the Congregation of Trento -which was previously kept in a storehouse - was transferred to the Diocesan Library “A. Rosmini” of Trento for a long-term storage.

The library collection consists of about 26,000 volumes, including printed editions from the 16th to the 20th century - most of them actually date back to the 20th century -, and 70 manuscripts and typescripts. It also collects 6,500 journals, for a total of 200 titles.

The book collection was created to allow the guest priests staying in the house to study and consult it; it has a predominantly religious orientation, since it includes a lot of biblical texts, or on the Bible, of devotional literature, Christian theology, meditation, works on the Christian life and practice - relating to priesthood - and the lives of saints.

On the other hand, the book collection also includes some works of Italian and foreign literature, school books, geography books and books about religious sites and some other subjects such as mountaineering, beekeeping, journalism, military life and much more.

The books are mostly in Italian, but in German, French and Spanish too, and it’s also the result of the legacies of those religious who have lived by the Congregation, or who have been given hospitality by it.

The bibliographic material, after being transferred to the Tridentine Diocesan Library, has been reorganized - that is books have been placed on the shelves according to their size -; it has been restored (or simply dusted and upholstered) and finally labelled.

This work was carried out by personnel who have been trained and coordinated by the staff of the Department for Cultural Heritage of the Autonomous Province of Trento.