Discovered in the mid-19th century as a result of peat extraction work, they are part of the UNESCO World Heritage List. 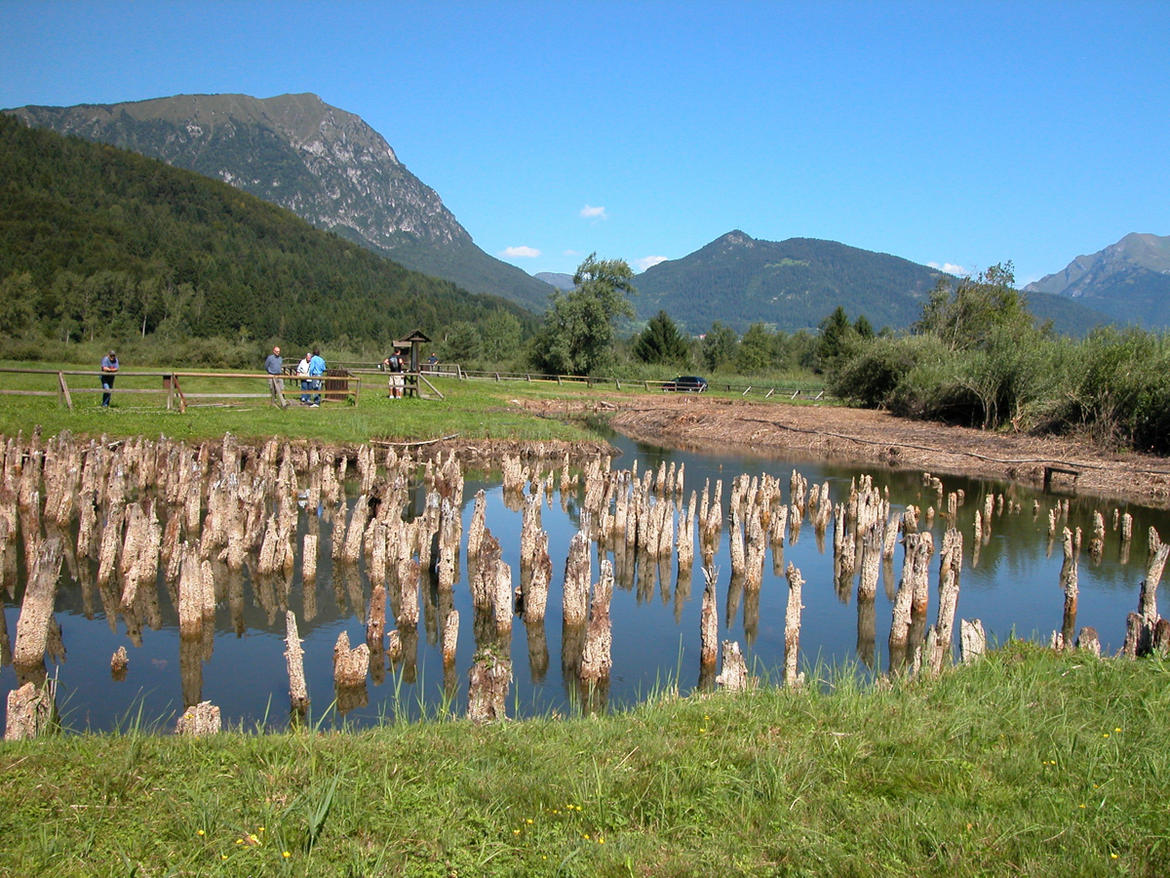 The Fiavé pile dwellings, together with the Ledro pile dwellings and 109 other archaeological sites, are part of the serial and transnational site "Prehistoric pile dwellings around the Alps", included in the UNESCO World Heritage List since 2011.

The discovery of the existence of a prehistoric settlement in the basin of the former Lake Carera, which has progressively silted up, came about in the mid-19th century as a result of peat extraction work.

Systematic research was carried out from 1969 to 1976 in two distinct areas of the peat bog and the adjacent Doss Gustinaci. In 1981 investigations were resumed, in which Italian and foreign institutes, museums and universities took part.

The results of the research are documented in the nearby Fiavé Pile Dwelling Museum, where the extraordinary finds unearthed during the excavations are on display, and where a large model scale model reproducing the “Fiavé 6” village can be seen.

From the Fiavé Pile dwelling Museum to the archaeological area

In the archaeological area of the pile dwellings of Fiavé you can see the remains of the piles of prehistoric constructions. The site is located within the Carera biotope, a nature reserve, and can be visited freely.
It can be reached on foot from the town of Fiavé, in about 30 minutes, along an easy path that starts in Via 3 Novembre a few hundred metres from the museum, or by car along the provincial road no. 421, by following the signs for Passo del Ballino - Riva del Garda with car park at Dos Gustinaci.

In 2021, the „Prehistoric Pile Dwellings around the Alps“ celebrates the tenth anniversary of its status as a UNESCO World Heritage Site.

Of the more than 1000 known pile dwellings in central Europe, only 111 representative sites in France, Italy, Switzerland, Slovenia, Austria and Germany were selected to receive this special status and recognition. Among them there are Trentino's pile dwellings of Fiavé and Ledro.

Discover the UNESCO World Heritage pile dwellings in the Alps and the anniversary events:

Prehistoric Pile Dwellings around the Alps

For further information about the accessibility of the path inside the biotope, visit the website

Information collected by the staff of the Cooperativa HandiCREA