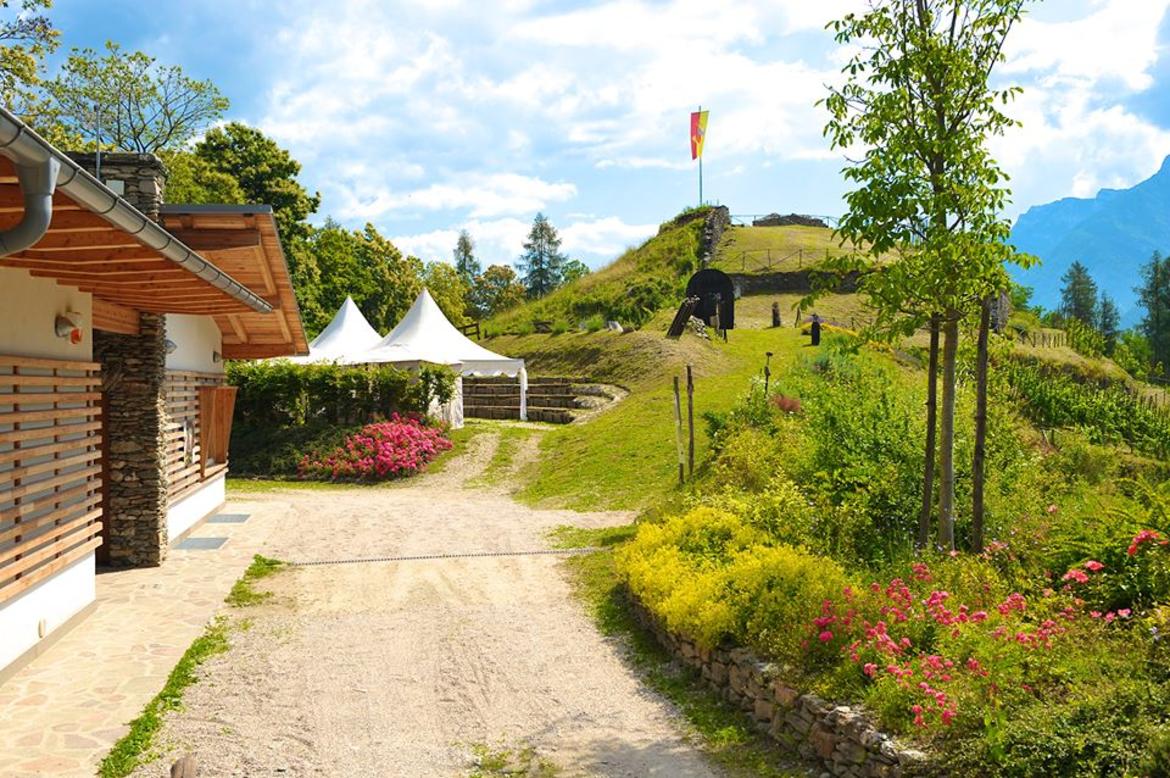 Together with Brenta Castle it constituted the control system of the territory used by the lords of Caldonazzo, and the Torre dei Sicconi controlled the main communication routes.

Apparently during the clashes against the people from Vicenza, the castle was destroyed and rebuilt just in part. What is certain is that the Signoria of Caldonazzo-Castelnuovo departed from the scene and Valsugana went under the influence of Austria-Tyrol.
The tower got destroyed by the Austrian military engineering in 1915 for military reasons as it was a certain sighting point.
Today an archaeological park rises on the entire area of mount Rive, where it's possible to admire the base of the tower and of few other buildings that were part of the fortified complex.

How to reach Monte Rive

From the town hall square of Caldonazzo in about 50 minutes on foot (1,2 km, difference in height 200 m).

From Centa San Nicolò - Campregheri in about 30 minutes on foot (1,2 km, difference in height 100 m)

From 2 April 2022 open on Saturdays and Sundays