This fort is also called Fort San Biagio which is situated at an altitude of 660 metres on the same hill that overlooks Lake Levico. It was built by the Austro-Hungarians between 1880 and 1882. 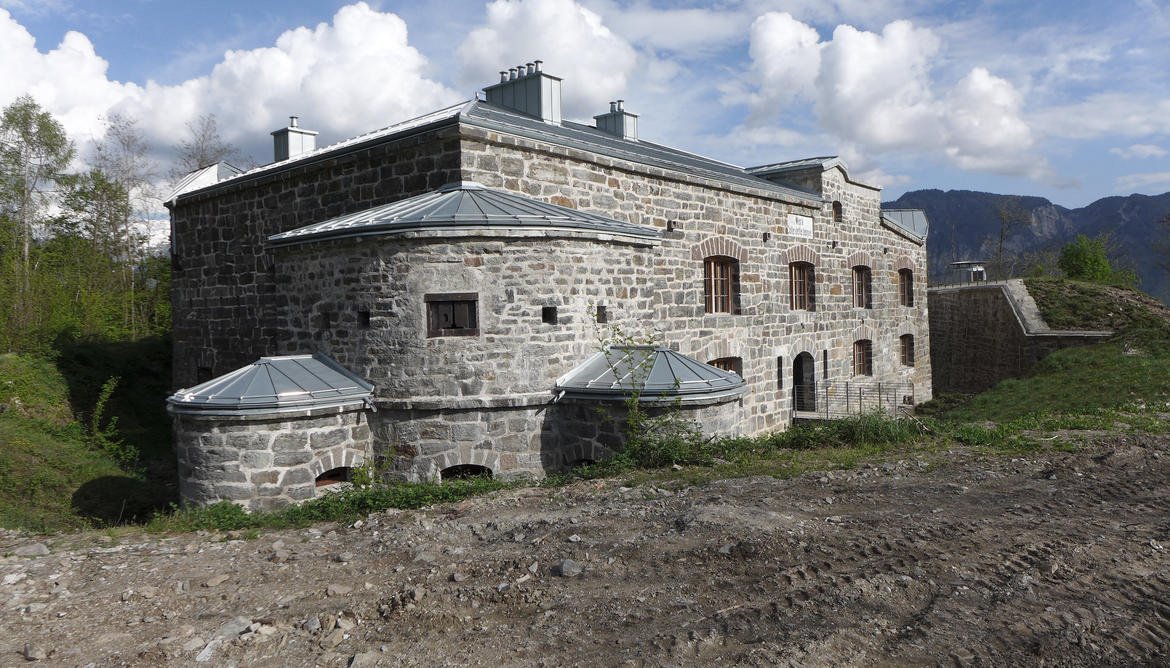 Werk Colle delle Benne | Forte San Biagio is Fort Tenna’s twin and is found on the hill that looms over the lake on the south side. During the war it was only used as a lookout point and depository.
It was a casemate made of porphyry and granite which had a moat and a counterscarp ditch. This compact structure was built on four levels and had a central corridor. The north side has a buttress with an armoured exterior. A series of trenches connected by mule tracks, ran up the mountainside as far as Busa Grande (1500m).
In the spring of 1915 it was disarmed: the cannons in the casemate were placed nearby while the two Howitzers were placed in a battery in a cave on Busa Grande.
Armaments: 4 12cm M80 cannons in casemate (minimally open loophole) 2 10cm M5 Howitzers in armoured rotating domes.
How to get there: From the Terme di Levico, go along via S.Biagio until you get to a junction. Go right along a dirt road until the Colle delle Benne where the fort is situated.