Museum of the First World War in Lagorai

The museum holds memories of the war fought in the mountains of Lagorai, the tragedy of evacuated civilian population and of the men serving in the Austro-Hungarian Army. 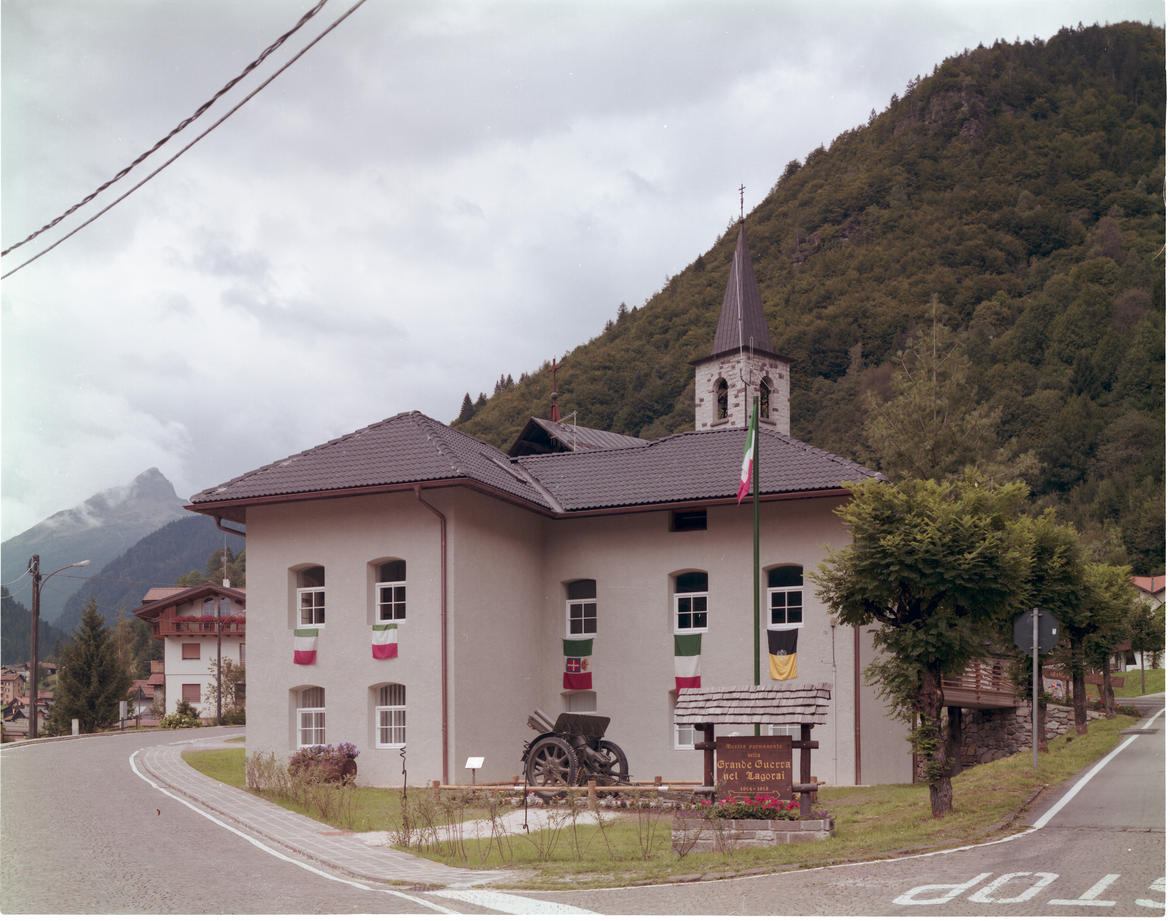 The museum, founded in 1991 and managed by the Caoria Alpine Group, collects artefacts found on the mountains or kept for many years by the inhabitants of the valley; sometimes re-used in everyday life.
The visitor can see uniforms, weapons, equipment, and the personal items of Italian and Austro-Hungarian soldiers. An emplacement with armoured shields and sandbags represents a military post.
The wide collection of photographs and texts shows the difficult living conditions that the soldiers of both armies had to deal with for two long years in the mountains on this part of the front. A section of the exhibition is dedicated to the inhabitants of the village of Caoria who served in the Austro-Hungarian Army; other materials document the diaspora of the civilian population, displaced or interned in Austria and Italy.
ACTIVITIES AND SERVICES
Through the museum a selection of publications devoted to the war in Vanoi is available, including those by the Caoria Alpine Group.
The Caoria Alpine Group organises events and celebrations in memory of the fallen; is responsible for the maintenance of Caoria Military Cemetery, the War Memorial and other wartime features in the area.
In addition to those already mentioned, the area offers other interesting excursions: the monument at the former Refavaie Military Cemetery; the broken column of the former "Busa Alta" Military Cemetery; the trenches of Cima Paradisi and Cima Valsorda, near the small pass of the same name; and the artillery positions in the caves (the "stoli") of Mount Totoga.

open during the summer period and upon reservation, for a minimum of 5 people.