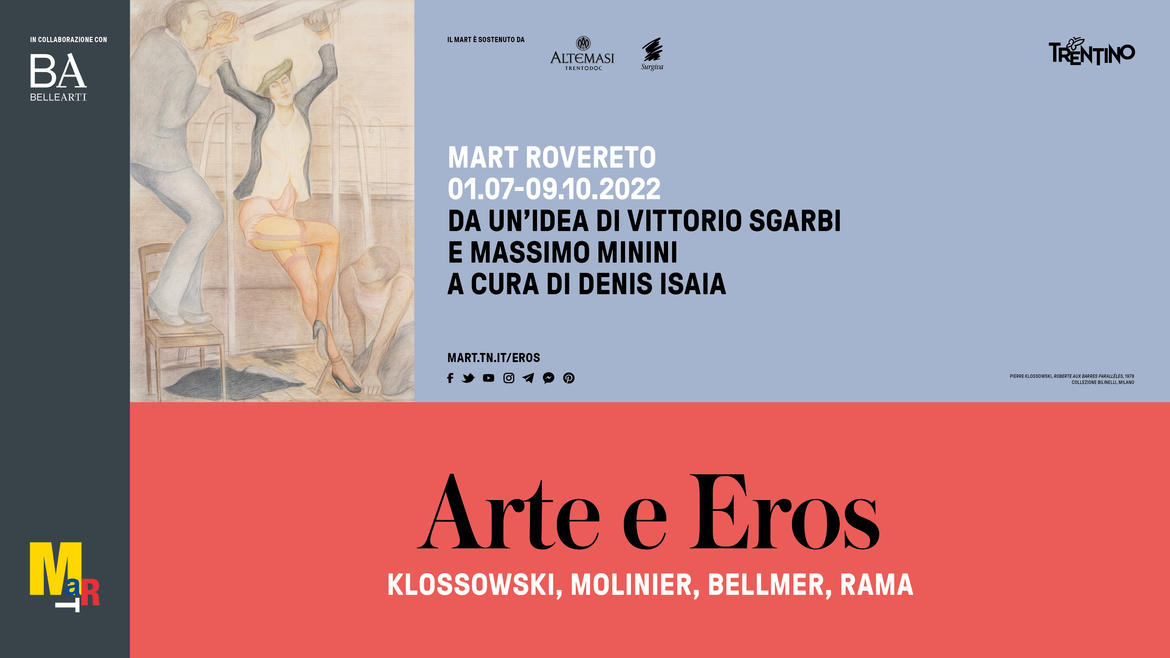 From an idea by Vittorio Sgarbi and Massimo Minini. Curated by Denis Isaia. In collaboration with BelleArti Association

The exhibition builds on a significant selection of drawings by Pierre Klossowski (1905 - 2001), the brother of painter Balthus and a leading figure in 1960s thought, particularly for his reinterpretation of Marquis De Sade's work. With their focus on erotic imagery, the scenes depicted by the artist stand in opposition to everything that is good. They are a straightforward representation of the insubordination of logic, which abandons reason to cultivate its own perversion, methodically and systematically. Klossowski's graphic work is underpinned by a "wicked philosophy" that is centred around all-consuming and unrelenting sexual impulses. His characters are dominated by an abnormal and irreverent attitude to reason, wherein their thoughts unabashedly reach beyond the trappings of convention.
The exhibition begins with the creative and healing power of transgression as opposed to the normative power of reason, and delves into two Sadean references by establishing a dialogue between the work of Klossowski and that of Carol Rama, Hans Bellmer and Pierre Molinier.