From an idea by Vittorio Sgarbi
Curated by Daniela Ferrari 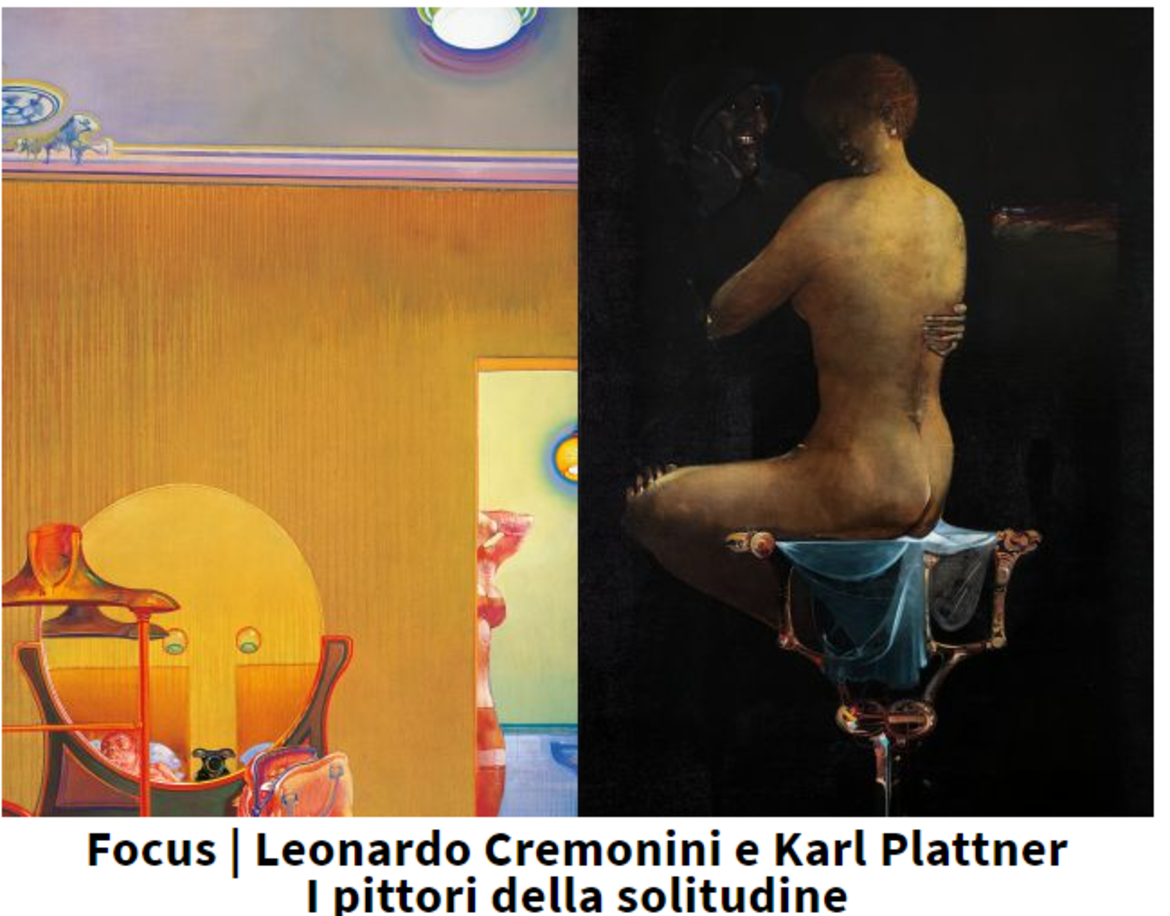 The art work of Leonardo Cremonini (Bologna 1925 - Paris 2010) and Karl Plattner (Malles, Bz 1919 - Milan 1986) in dialogue in the Collection's rooms in a new insight Focus. The two painters – close friends and colleagues – are compared via unseen archive documents and highlighted by the many visual affinities in their work.

Cremonini and Plattner met in Milan in the post-war period, where they both completed their studies at the Brera Accademia di Belle Arti. Theirs was a lasting friendship, kept alive when they were apart by a great many letters some of which are conserved in Mart's Archivio del ’900.

Stylistic differences notwithstanding, Cremonini and Plattner's work have a great many themes and formal elements in common. They shared a preference for the human form as subject, depicted in the home and in suspended atmospheres with an attention to the interior-exterior relationship theme in compositional solutions and emblematic subjects such as thresholds and mirrors, with pronounced colour used expertly but never to realistic ends.

Brought to fruition thanks to the artists' heirs, private collectors and in conjunction with the Archivio Plattner in Bolzano, the exhibition offers an insight into Cremonini and Plattner's work from the 1950s to the 1990s.

from Tuesday to Sunday, from 10 to 18 / Friday extended hours until 21 / closed on Monday