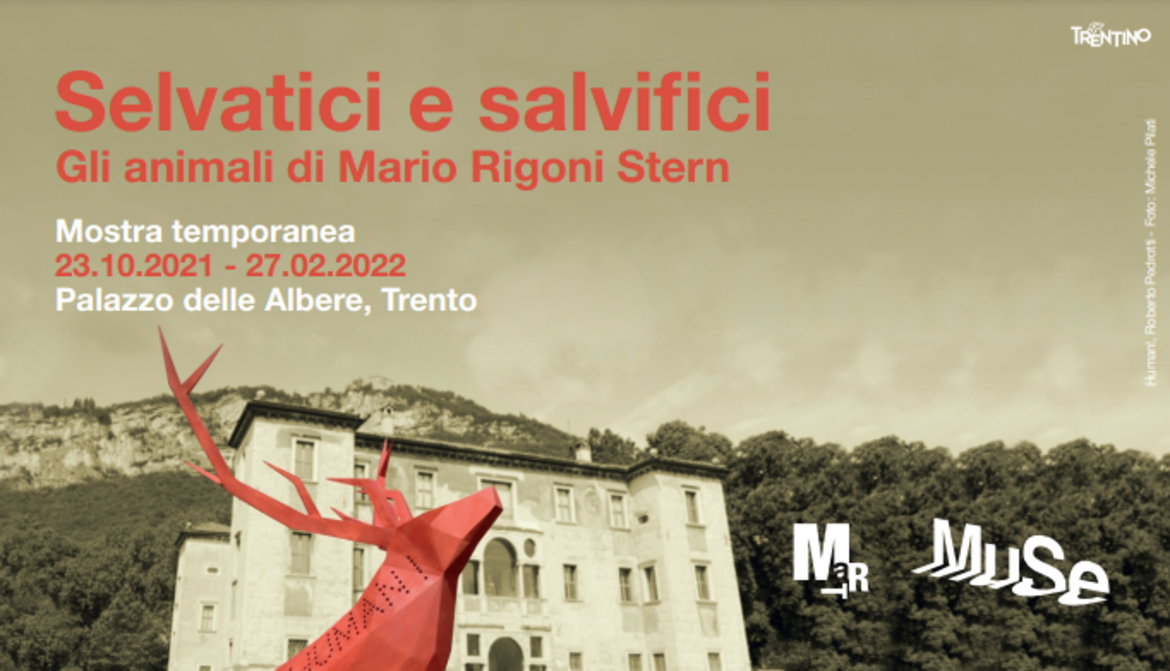 On the occasion of the 100th anniversary of the birth of Mario Rigoni Stern (1921 - 2008), MUSE and Mart are organising an exhibition dedicated to the animals narrated by the great storyteller from the Altipiano dei Sette Comuni.Fifteen artists interpret his literary fauna and celebrate the writer's fascination with the natural world. A world that, for Rigoni Stern, was "salvific" and "to be saved" because, he explained –quoting Giacomo Leopardi and his "Zibaldone" – "if man destroys nature he cuts off the roots of the future".Set among the stately halls and 16th-century frescoes of the Palazzo, the exhibition takes visitors on an original exploration where art and science dialogue with each other in a fresh, curious and unprejudiced relationship with the environment.On show are around seventy works including sculptures, photographs and paintings by Marco Arman, Albert Ceolan, Fortunato Depero, Alda Failoni, Orlando Gasperini, Federico Lanaro, Claudio Menapace, Roberto Pedrotti, Gianluigi Rocca, Gianfranco Schialvino, Matthias Sieff, Aldo Valentinelli, Adolf Vallazza, Gianni Verna and Ivan Zanoni.

Free admission, no booking required, entry until all available seats are taken

During the opening times of Palazzo delle Albere