Sky-blue, red and silver. The language of heraldry and the Wolkenstein cabinet 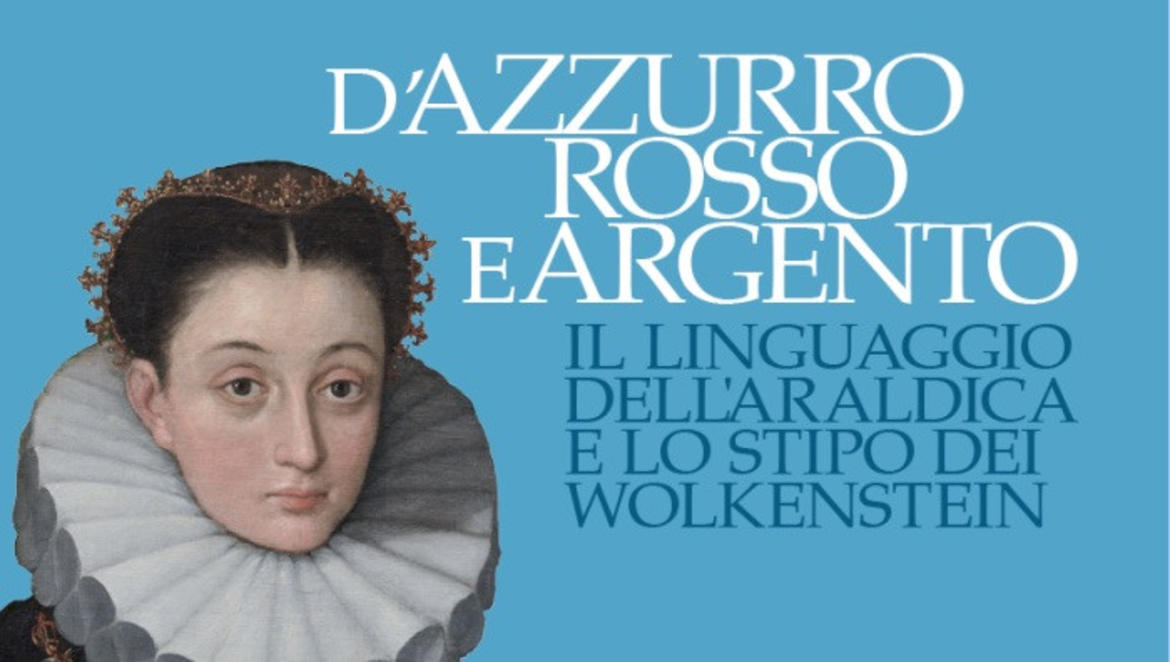 Protagonist of the exhibition is a cabinet, an intriguing and rare piece of furniture and a genuine archive once belonging to the Counts Wolkenstein-Trostburg, a noble family originating in South Tyrol, but also with roots in Trentino.
The cabinet is part of the family’s collection, which also includes a valuable gallery of paintings with works from the 17th to the 19th centuries, together with furniture and furnishings. Commissioned by Count Engelhard Dietrich von Wolkenstein and fabricated at the beginning of the 17th century, the cabinet incorporates a series of compartments and drawers decorated with the coats of arms of families linked to the powerful Tyrolean dynasty through an astute policy of matrimonial alliances. It thus provides an opportunity to investigate and illustrate the family history and the historical and cultural context it represents, but also to approach and discover the world of heraldry, an ancient language rich in symbols and meanings.

One of the oldest noble Tyrolean families, attested in Villandro as early as the mid-12th century, the Counts Wolkenstein took their name from the castle acquired in 1293 near Selva Val Gardena. In 1385, through marriage with Katharina, daughter and heiress of Eckhard von Vilanders-Trostburg, the family moved its seat to Trostburg Castle above Ponte Gardena. At the beginning of the 15th century, it then split into the two lines, still flourishing today, of Wolkenstein-Trostburg and Wolkenstein-Rodenegg, obtaining the title of baron in 1476 and count in 1630 and 1633 respectively.

Towards the end of the 16th century, the Trostburg line divided into further branches: the Engelhard Dietrich branch which retained its seat in the original castle, a branch in Merano, one in Bolzano (Castel Rafenstein) and another in Trentino, founded by Kaspar I who inherited Castel Toblino from the Madruzzo family in 1658.

When this last branch of the family died out in 1826, the estate passed to the Castel Trostburg line, which concentrated its entire art collection in Castel Toblino during the second half of the 20th century. After many vicissitudes, the collection was finally acquired by the Autonomous Province of Trento and entrusted to the museum, while the family archives passed to the Autonomous Province of Bolzano.

Founded in the mid-12th century by the lords of Castelrotto, after various changes of ownership, Castel Trostburg became the seat of the Wolkenstein family from 1385 until 1967, when it passed to the Südtiroler Burgeninstitut.

In the late 16th and early 17th centuries, Engelhard Dietrich transformed the original medieval fortress into an elegant late-Renaissance residence.
The modifications involved the inner courtyard, the keep with its additional storeys and the residence, together with creation of an Italian style garden, modernisation of the defences and construction of a new chapel. Other alterations were aimed at representing the prestige of the dynasty and its rise over the centuries.

In addition to a library and a gallery of ancestors, these included new furnishings and a number of fine pieces of furniture, most notably the precious cabinet, whose coats of arms testify to the progressive consolidation of the family’s dynastic power and network of alliances in the area.

From 1 April 2022 a Green Pass is no longer required

Please note: Last admission to the museum is 30 minutes before closing time.