Who protects art in war? 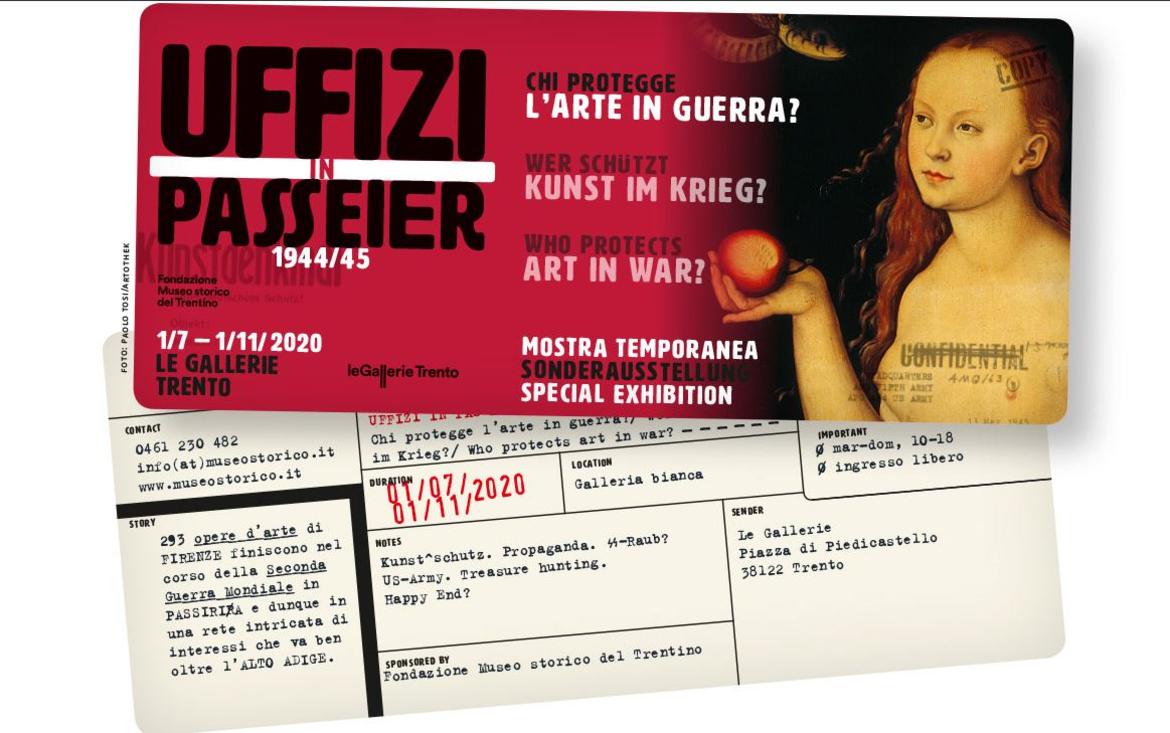 There are people who intervene in war to protect works of art: a paradoxical and at the same time necessary fact.

Since 1943 in Italy, not only the allied military and the German army, but also their departments for the protection of the artistic heritage, have been opposed. The two sides pursued the same goal: to protect the Italian cultural heritage from enemy soldiers, but also from their own and to exploit the false steps of the adversaries.

The exhibition "Uffizi in Passeier" tells the story of the 293 works of the Florentine museums, including paintings by Rubens, Titian, Caravaggio and Botticelli, hidden in Val Passiria: an incredible but almost forgotten story that involved the German Wehrmacht, Mussolini's fascist authorities and the US-Army.

The exhibition, curated and produced by the Passiria Museum, is rearranged at Le Gallerie di Trento (Trentino history museum foundation - the Tunnels of Piedicastello) as part of the institutional collaboration programme between the two museums.