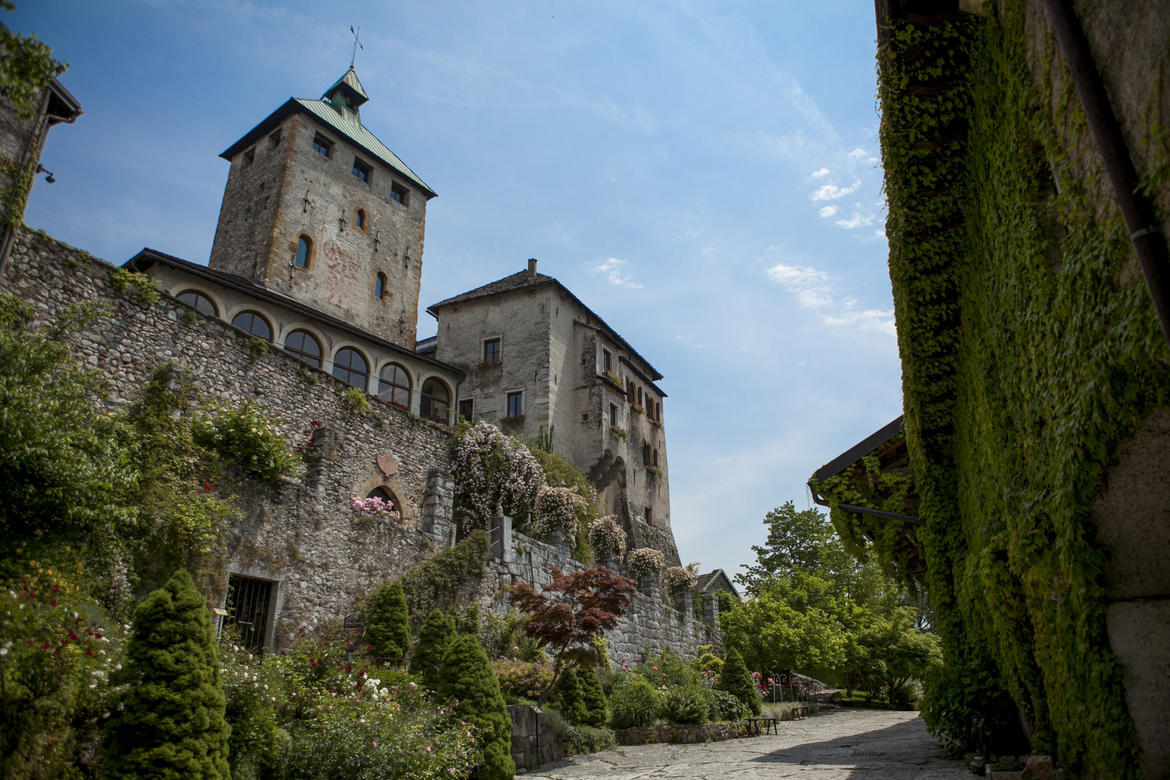 The majestic complex dominates the village of Ivano Fracena and the eastern Valsugana. Many noble families lived in this castle - the Dalla Scalas from Verona, the Viscontis, the da Carraras - until it became the property of the Wolkenstein Counts.  Since 1901 it is owned by the Staudacher family, still living in the castle and taking care of its preservation.

With its architecture, furnishings and frescoes the Castle tells stories of battles and knights, particularly the adventures of Count Biagio delle Castellare, back in 1365.

The Castle displays a mixture of architectural styles: the medieval walls, the Renaissance residence and the Benedictine lodge.  From the watch tower you come to a moat and a large gate, followed by the outer courtyard with a fountain and an historical acacia tree from the 16th century.  Next are the large hall of the old barn and the 17th century chapel.  As you go on, you reach the inner courtyard, with two buildings linked by galleries.