Already mentioned in 1191, the castle was in a strategic position both for practicabilty control and economic exploitation of the iron mines. 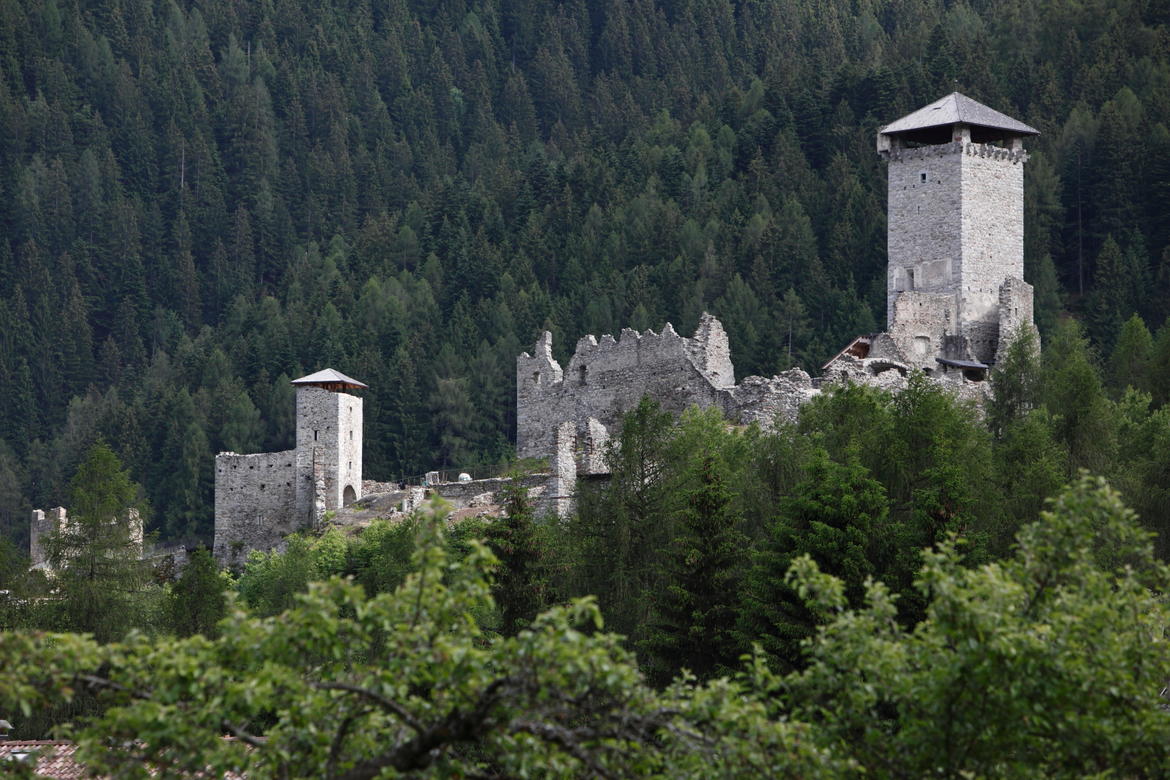 The Castello di San Michele - named after the saint to whom the chapel was dedicated - or Castello di Ossana was built on an almost inaccessible spur of rock. It was located on a trade road between the Region of Trento and the Upper Brescia area of Tonale Pass, and enjoyed full civil and penal administration under the Episcopal Curia. It is very likely that the castle dates back to the time of the Longobards. However, the first written mention to it harks back to 1191.
A number of noble families have owned the castle, first the Prince-Bishops of Trento, later followed by the Counts of Tyrol-Gorizia. In the 15th century, it passed to the de Federici family from nearby Val Camonica, before going to the Heydorfs and the Bertellis. Bertha von Suttner - Nobel Peace Prize winner of 1905 and Alfred Nobel's nymph Egeria - co-owned the castle between the end of the 19th century and the beginning of the 20th century.

The castle's most characteristic architectural feature is its 25 m tall keep, which is the best preserved of the entire complex. Its walls are 2.78 m thick, with a drawbridge, a fortified jutting part, a guardroom and the remains of a Romanesque-Gothic façade. It is divided into two sections indoor. The lower part - maybe the old guardhouse - communicates with an area set up to act as a prison, while the upper part features a beamed ceiling and a four-pitch roof.

We suggest to contact the Municipality of Ossana and ApT Val di Sole, Pejo and Rabbi for information on the possibility of visiting the Castle.