A magnificent stronghold that rises in the middle of Lake Toblino. The other lake fortress in Trentino is the Rocca di Riva. 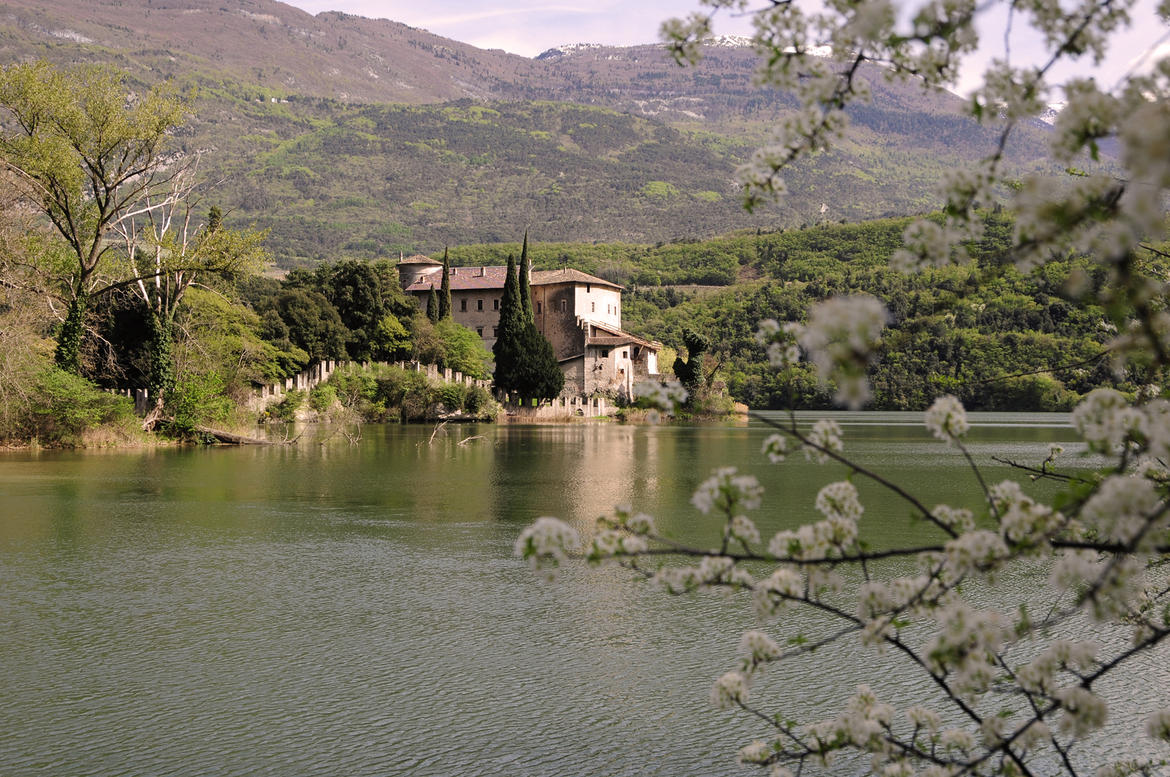 A magnificent stronghold that rises in the middle of Lake Toblino.
It is Trentino's most famous castle. Its fame is due to its fantastic location and the beautiful landscape it is set in, as well as to the many dark legends that have stemmed from those walls and that park. The rocky ness that up to a few centuries ago was an island - when the level of the water was 2 m higher - 2000 years ago was the "home" of fairies to which a small temple was dedicated in the 3rd century A.D.. This amazing fact is "certified" by a stone plaque set in the wall of the castle's portico which the archeologist Paolo Orsi states is "one of a kind in Roman epigraphy".
Soon enough, however, its magic/religious function gave way to its strategic military use and the temple was replaced with a severe fort over which the local squires fought at length. The castle we can admire and visit today is actually fruit of the refurbishment commissioned by Bernardo Clesio in the 16th century. Thus the manor was transformed into a residence much acclaimed by the Prince-Bishops of Trento and especially by the Madruzzos. Indeed, one of the grimmest legends is linked to Carlo Emanuele Madruzzo, the dynasty's last prince-bishop (of a line of four who governed the diocese for 120 years): it says that the bishop had his niece Filiberta and his brother Vittorio poisoned, and that the bishop's lover, allegedly a woman called Claudia Particella, gave him various children. It seems that God's wrath for such sins soon hit the Bishop without fail: one night, Claudia and her brother drowned miserably as they were crossing the lake towards the castle in their boat. In the long nights under a full moon, the restless spirits of the two shipwrecks still haunt the waters of this small lake.