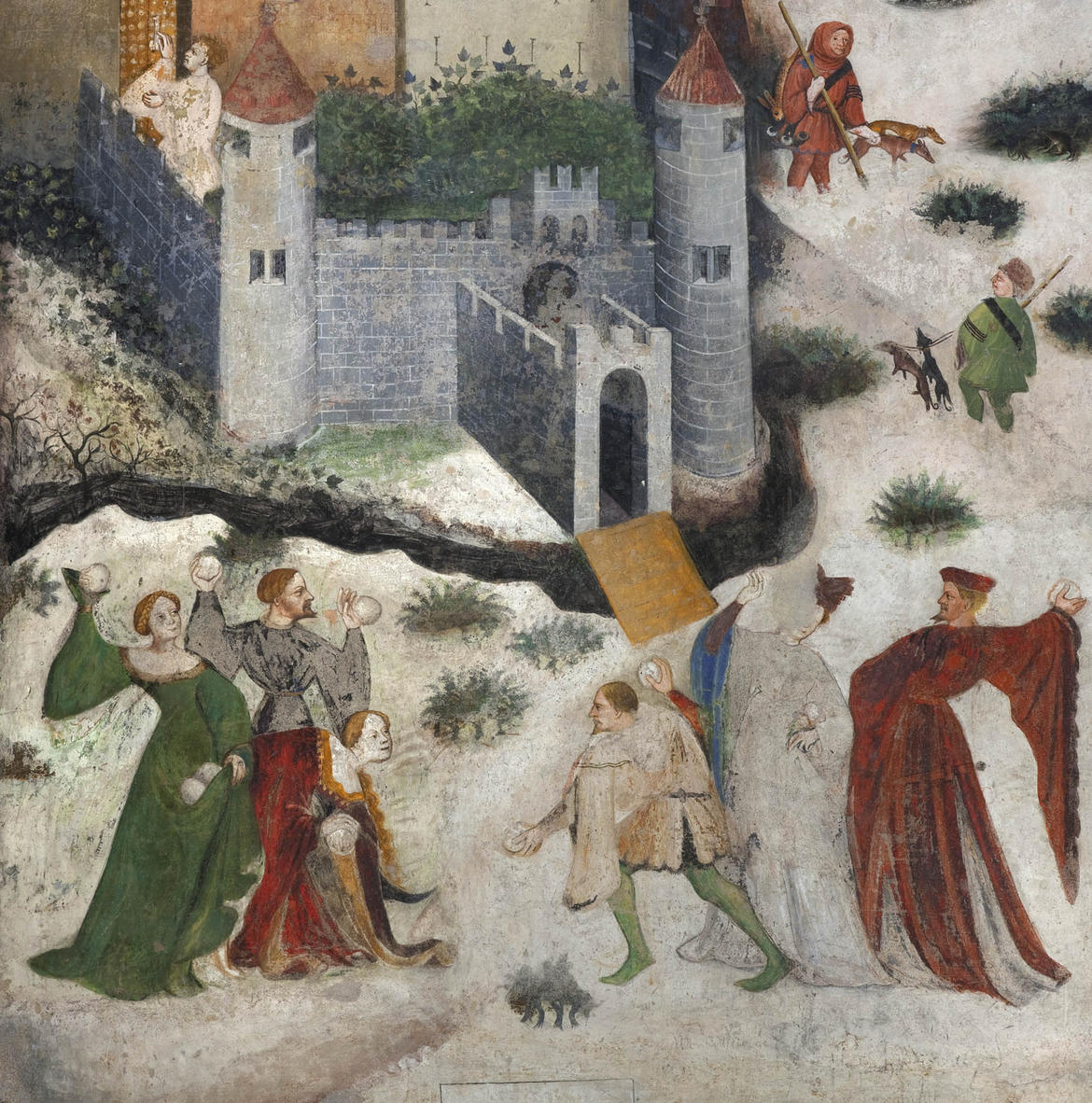 The Torre Aquila is reached by following the walkway that was once the patrol bay along the eastern walls of the Castle. At the end of the 14th century, Prince-Bishop George of Liechtenstein, transformed the ancient structure by raising the tower, closing off the side facing the city and creating an ambient for personal use, away from the areas used for military purposes and official business of the Castello del Buonconsiglio.

In the main room, on the second floor, the walls are decorated with the famous Cycle of the Months, on panels separated by slender columns that nonetheless do not break the continuity of the months and the representation of the flow of time with the alternating of the seasons.

These frescoes are rare and valuable documentation, with particular reference to the Trentino, of the economic and social life between the end of the 14th and beginning of the 15th century, portraying the pastimes of the noble class, or the peasants busy in the fields doing the work that alternates with the seasons. The mutation of nature is carefully described throughout the frescoes: the bare landscape is covered in snow in the first months of the year, becoming rich with vegetation in the spring; the summer months signal the culmination of the agricultural activity, while the trees in the month of November are surrounded by fallen leaves.

The attentive care to detail is also manifest in the portrayal of the clothing: rich and multicoloured for the nobles, where the typical fashion traits of the time are noticeable; simple and shabby for the farmers and artisans. The different activities are depicted with great realism: the ploughing, grape harvesting, the sowing and the wood gathering, as are the outdoor games, the tournaments, taking walks and hunting. The author of this suggestive pictorial cycle, probably the Maestro Venceslao documented in Trento as having met with the Prince-Bishop in 1397, possibly due to George of Liechtenstein-Moravia’s background. Belonging to an old Moravian family, the Prince-Bishop, a refined art and book collector, owned a Tacuinum Sanitatis, an illustrated medical and botanical reference book, from which the painter he commissioned could have gleaned his inspiration for representing the rich and natural environment in the scenes. The frescoes were probably carried out towards the end of the 14th century, in any case before 1407, when the bishop was imprisoned and taken from Trento following a revolt.