The Civic art gallery of Trento is the third Mart venue, working in coordination with the Museum and the Casa d’Arte Futurista Depero in Rovereto. 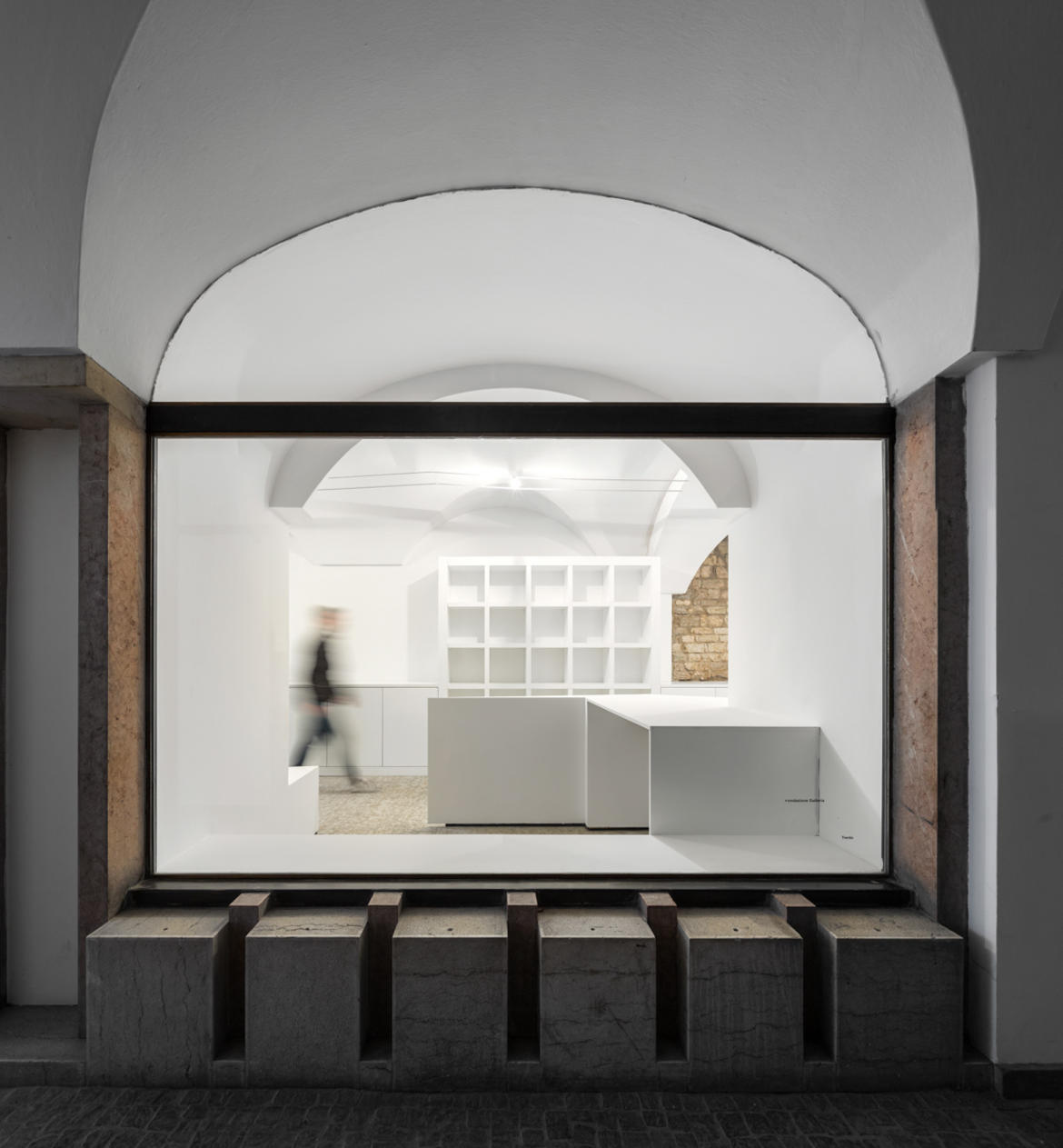 With the annexation of the Galleria Civica di Trento by the Mart in October 2013, the contemporary art hub expanded in both scale and importance. The historic Galleria has since resumed its activities and has become, for all practical purposes, the third Mart venue, working in coordination with the Museum and the Casa d’Arte Futurista Depero in Rovereto.
The project is built on a constructive dialogue with the territory, with the inhabitants and with those who visit the city, confirming its ties to both the Province and local institutions, as well as the Galleria’s international and cosmopolitan vocation. At the same time, the reopening of the spaces represents a return to experimentation in the way of conceiving and interpreting art that has always characterized the activities of the Galleria Civica since its foundation.
The program aims to promote the work of young professionals in the field of art, and the commitment to doing so has been established from the outset as one of the most urgent directions that the administration intends to pursue.
Further confirming the Museum's roots in the territory and the attention it has pledged to devote to young people, the Galleria Civica has merged with the ADAC (Archive of Contemporary Trentino Artists), whose research work on the territory is instructive with regard to the training, production and circulation of artists from the region, as well as of interest to researchers, curators, gallery owners and cultural operators. Through the ADAC, now returned to the city in which it was founded in the 1980s, the Galleria Civica strengthens its role as a platform at the service of artists active in the area and intensifies relations with local contemporary art associations, a lively segment that is now more active than ever. Cultural associations, independent organizations and national and international art collectives will find in the Galleria Civica an interlocutor with whom they can maintain an active dialogue.

The competition for the architectural restyling
In order to renew the spaces for the reopening, the Mart has invited the Order of Architects of Trento to launch a competition for the design of the overall refurbishment of the Galleria, open to professionals under the age of 35. The competition has shown itself to be a precious opportunity for young architects, able to tackle a project involving international museum excellence.
Of the 32 projects presented, the winner was the one by Stefano Grigoletto (Rovereto, 1985) presented to the city last 10th May. The commission, formed of the Mart’s director, Cristiana Collu, the president of the Order of Architects of Trento, Alberto Winterle, of Nicola Di Battista, a professor and architect, and of two other architects, Giovanni Marzari and Giovanni Maria Filindeu, rewarded his project for its overall architectural quality. In particular, the originality of an idea that radically revises the Galleria’s rooms while maintaining a felicitous balance between the need for a versatile space and that of creating a space with a clearly recognisable character, was appreciated.

Free admission for visitors with disabilities and their companions (a certificate of invalidity is required, particularly in case of sensory or cognitive disabilities). Wheelchairs are available upon request.

The entrance indicated above is the option with less barriers and leads to the internal courtyard: the portal remains open and the doorstep height varies between 2,5 and 6 cm. On the side, there is the main entrance, which is preceded by one 15 cm high step (doorway width: 128 cm; long vertical door handle). It is possible to reach the bookshop and the ticket office (counter height: 100 cm) from the internal courtyard, getting through a short sloping stretch (length: 30 cm; slope: 20% ) and a 121 cm wide door. Another entrance is from via Cavour: the door is 128 cm wide and the doorstep 4 cm high. The art gallery consists of two levels and is equipped with ramps with different lengths and maximum slope of 8%. The indicated stairlift offers access to the basement; there are some steps on the way to the lecture halls. The wheelchair accessible toilets are on the ground floor: a grab bar is installed on the side of the wc opposite to the one approached and is 35 cm far from the toilet bowl (with open-front toilet seat).