The Renzo Piano-designed project puts Trento on the international map. Far more than a science museum, this is a bold statement of intent. Expect a major visitor attraction, a multimedia experience and a beacon of scientific excellence. The exhibitions favour a hands-on approach to science, at once educational but engaging. Inaugurated in 2013, the museum explores the relationship between nature, science and society and also considers the impact of science on everyday life. 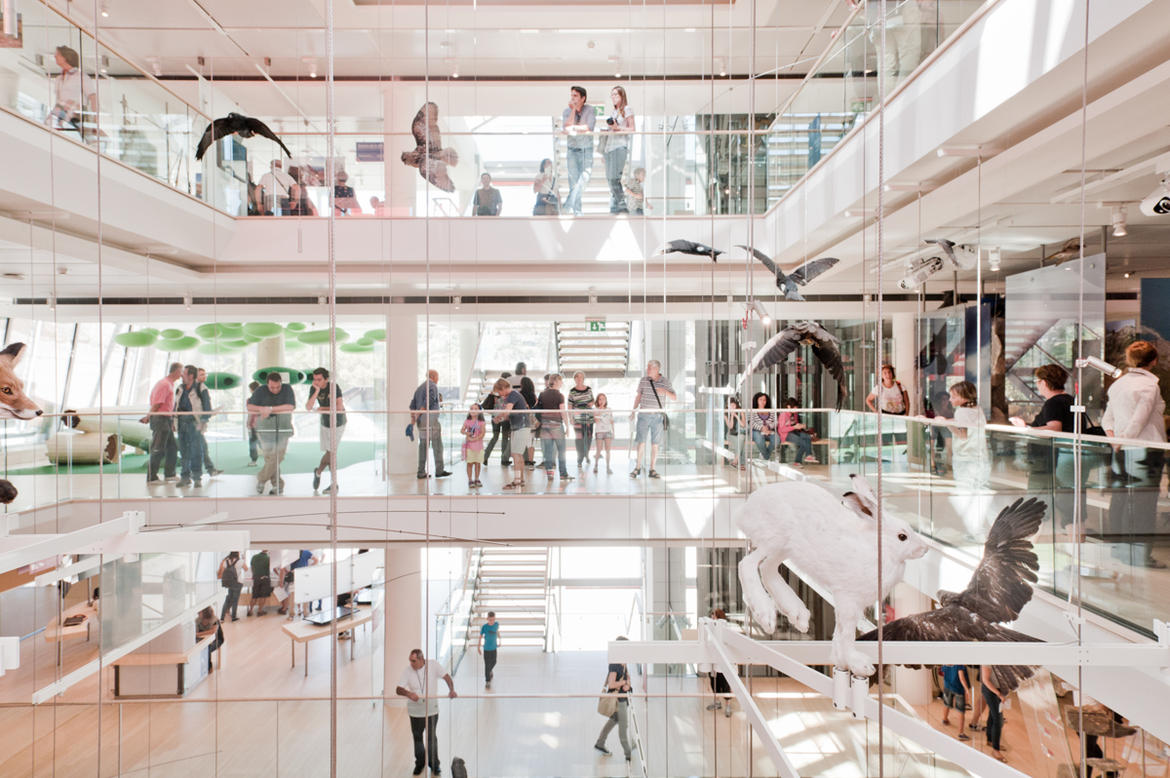 The Renzo Piano-designed project puts Trento on the international map. Far more than a science museum, this is a bold statement of intent. The region realises that investment in culture reaps rewards. The results go beyond a cutting-edge museum and the regeneration of an old industrial district. The museum sits at the heart of a new urban park, residential and entertainment zone that will reshape the city. The project also reconnects the city with its mountainous landscape. Shifting views of Monte Bondone will tempt visitors to explore the Dolomite peaks.
The Science Museum is deeply rooted in the Dolomites, presenting glaciers and extreme Alpine experiences as part of its remit. With its jagged, futuristic forms, even the design of the building seems like a tribute to the surrounding mountains. But Muse aspires to be much more than a museum. Expect a major visitor attraction, a multimedia experience and a beacon of scientific excellence. As a bold research centre, MUSE also harbours lofty planetary ambitions, exploring everything from the birth of the solar system to Alpine eco-systems, sustainability and global warming. Its more concrete aim is to reposition Trento as a dynamic cultural and scientific centre on the world stage.
A Museum for the third millennium: The exhibitions favour a hands-on approach to science, at once educational but engaging. This jagged peak of a building is designed to be explored vertically. The visitor starts at the top, as if on a mountain, and descends to the rainforest below, in the process learning how habitats change according to altitude.
Expect extreme sensations. See how it feels to leap from a rock face on a paraglider. You could be pitched into the icy atmosphere of a 3,000-metre peak - or feel as if you are hurtling down snowy slopes like an extreme skier.
This is a sensory journey through science and nature, with a full bag of multimedia tricks. Touch a glacier with your own hands.Walk through a tropical greenhouse and listen to the sounds of the rainforest. Mingle with dinosaurs in an area that still displays fossilised dinosaur footprints.
The exhibition traces life in the Dolomites from the days of the dinosaurs, featuring fossils, rock paintings, and prehistoric arms found in situ, as well as presenting Neanderthal Man. Stilt dwellings on Lake Ledro date from around 2000 BC, attesting to the presence of local Neolithic and Bronze Age settlements (see Release 2). The evolutionary story is brought home with the largest exhibition of dinosaurs in the Alps. Fossilised footprints from these creatures have long been an attraction on a walking trail south of Rovereto. Now, there are dinosaur footprints here that become part of the full dinosaur story, with authentic finds counterpointed by engrossing multimedia displays. Among many other pieces, the cast replicas of 3 large reptiles will be on display: a Triceratops and an Ophtalmosaurus from America as well as a Dilophosaurus moulded directly from the original specimen in China. The principle that will be followed is that of "zero gravity", placing the animals on display on a sort of imaginary mountain; the skeleton of a whale will be suspended at the centre of the exhibition.
Musing on the Muse:
According to Renzo Piano, culture is a springboard for relaunching Italy's economic recovery and MUSE, a museum for the third millennium, can perform the same role for the local economy.
The museum's messages are inextricably bound up with Alpine heritage, broader environmental issues and sustainable development. Although the museum presents the natural world through the prism of science, this is science applied to ethical, social and global issues. The museum explores the relationship between nature, science and society and also considers the impact of science on everyday life.