The Bell of Peace

The museum contains a permanent exhibition of photographs which tells the story of Maria Dolens from 1925 to the present day. 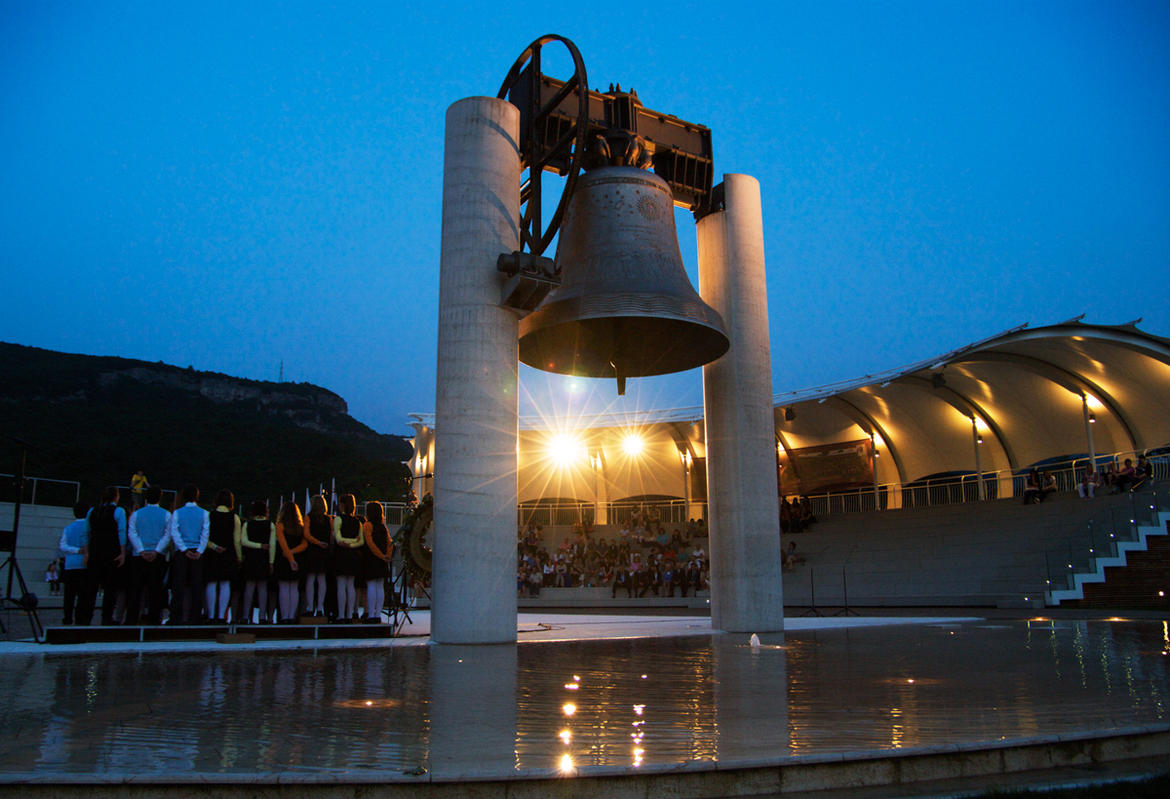 The Peace Bell was cast in Trento in 1924 with the bronze of cannons offered by the participating nations of the First World War. The promoter of the initiative was Antonio Rossaro (1883-1952), a priest and irredentist from Rovereto who created symbols and initiatives to build an institutional and collective memory of the war which had just ended.
The Bell was baptised with the name "Maria Dolens" in Rovereto on May 24, 1925, and was inaugurated on 4 October of the same year after being placed on the Bastione Malipiero of Rovereto Castle.
In a short time, the bell became a resonant national and international symbol and the initiative proved one of the most successful and popular construction projects of Italian public memory.
The bell was recast in Verona on June 13, 1939, due to it not producing to the desired sound and returned to Rovereto on May 26, 1940. On August 31, 1960, for a serious crack, the bell ceased to ring and on 1 August, 1964, it was recast at the Capanni foundry in Castelnovo Ne' Monti (Reggio Emilia). After being blessed in Rome's St. Peter's Square by Pope Paul VI on November 4, 1965, the Bell returned to Rovereto and was placed on the Colle di Miravalle near the Ossuary of Castel Dante.
It is the largest ringing bell in the world: 3.36 metres high, with a diameter of 3.21 metres and a weight of 226.39 tons. The clapper weighs 6 tons, and the bell cage 10,300 kilogrammes.
For over eighty years the toll of the Bell of Peace has been heard every night to commemorate the fallen around the world, regardless of faith or nationality, and to give a stern warning to the living: "No more war."

There is a big outdoor parking. All the rooms are barrier-free. The access to the upper floor and the panoramic terrace is via the indicated lift or via a 42 m long ramp (slope: 7%). The Bell, the gardens and the outdoor paths are wheelchair accessible. The open-air amphiteatre has tiered seating layoutt, but provides wheelchair spaces in the front row. The wheelchair accessible toileta are fitted with grab bars installed on both sides of the wc.