The Castle of Arco is one of the most famous castles in the Trentino region. The scenery is striking if looked at from the remains of the Palazzo inferiore and the Rocca. The castle's precious treasure is its wonderful cycles of profane frescoes, which are a valuable evidence of the Gothic painting in the Trentino region. 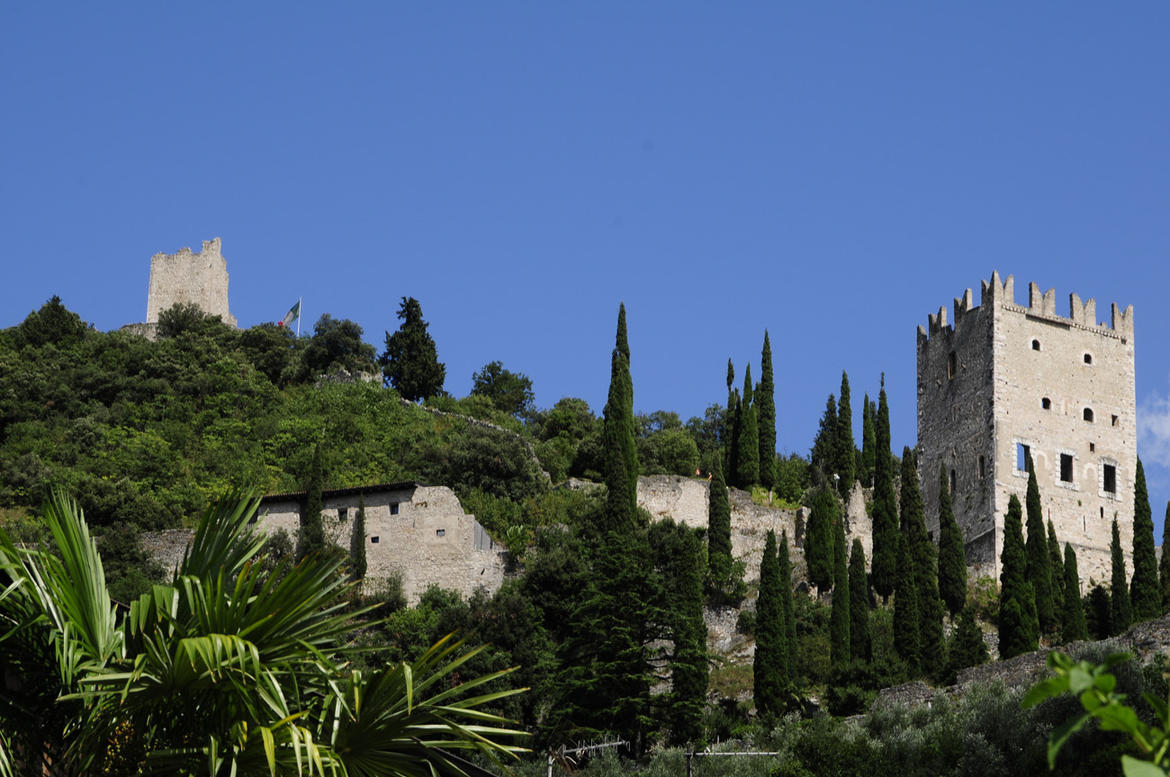 Arco Castle is the icon and symbol of the city.
Travellers can reach the Castle by travelling up the fortified hamlet of Arco, past its splendid olive grove. Since the 12th century, the castle has been controlling the Northern side of the Valle del Sarca valley, which used to be often crossed by armies coming from the North and heading towards the Po River Valley. The hamlet could be accessed by four gates. The Transfora gate, which used to be a drawbridge, can still be visited today. The scenery is striking if looked at from the remains of the Palazzo inferore and the Rocca, surrounded by its age-old cypresses. Indoor, tourists can visit the prisons, the large tower, the bastions and numerous rooms. The castle's precious treasure is its wonderful cycles of profane frescoes harking back to the 14th century.
The Castle of Arco is one of the most famous castles in the Trentino region, and is featured in countless codes and paintings, including the famous watercolour painted by Albrecht Dürer, found at the Louvre in Paris. In 1927, the Countess Giovanna d'Arco, Marquise of Bagno, purchased the castle and become its sole owner up to 1982, when it returned into the hands of the Municipality of Arco. The castle can be visited all year around and is used to host music and theatre events in the summertime.

The castle can be reached only on foot along a 15 minutes' path uphill. We recommend comfortable clothing and sturdy footwear

The access to the Castle in car is allowed only with special means, subject to agreement with the municipality. The road is dirt and cemented, with an average gradient of 23% (the final part has an average gradient of 31%). The road to access to the park is dirt and 10 mt long (gradient 18%). The access section to the dedicated toilets has a gradient of 10%. The toilets are automated and the door is opened with a 110 cm high button. Refreshment point is in the park and accessible. Access to the ticket area with very uneven ground and 18% gradient. The Castle inside cannot be visited due to the presence of stairs, gradients and rocks.