Built in the 12th century, the castle became a tool of primary importance during the Middle Ages to control the road connecting Trento and Lake Garda. Unassailable from the flames, the castle is defended by two rows of walls. 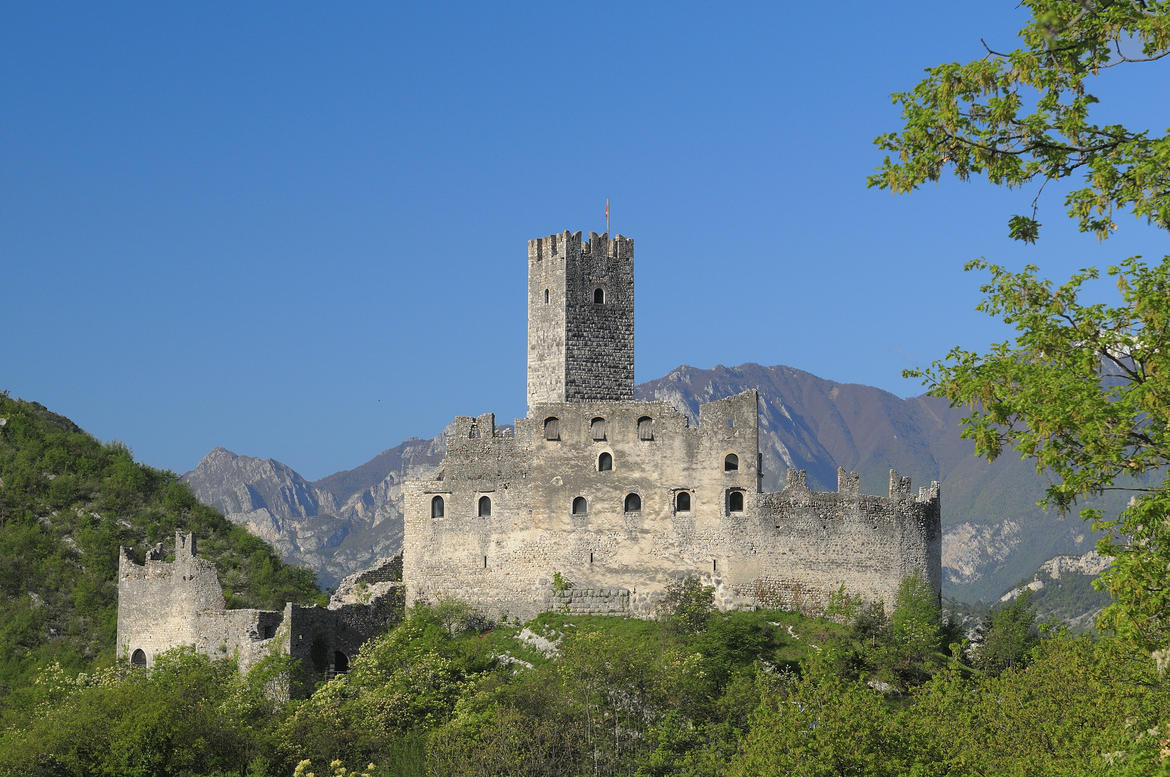 Castel Drena is a Medieval fortress overlooking Marocche desert.
The striking Marocche desert stretches out from the foot of Castel Drena, which overlooks the deep gorge of the Salagoni River. This desert is the result of a unique glacial phenomenon, which led to the formation of an expanse of 187 million cubic meters of rocks. Built in the 12th century, Castel Drena was probably erected over a prehistoric village. During the Middle Ages, the castle became a tool of primary importance to control the road connecting Trento and Lake Garda. Thanks to its strategic position, it was used to both block and control the only pass, which could be travelled between Valle del Sarca and Valle di Cavédine. Unassailable from the flames, the castle is defended by two rows of walls and has been constructed in a dominating position over a gorge - rendering it impregnable to the techniques in use at the time.
The castle is mostly Romanesque, but includes a number of Gothic features and 16th century structures. Recently refurbished, Castel Drena can be visited throughout the year, and uses to host numerous cultural events, as well as a permanent exhibition

The Castle has a large outdoor car park, which is followed by a 25 mt long stretch of paved road with a slope of about 10% and another stretch, 60 meters long, with uneven cobbled bottom and a slope of about 23%. The door at the entrance, two meters wide, is always open. The area inside the castle has mixed flooring: uneven dirt, stone paths, rocky, cobbled and gravel sections with maximum slopes of 33%. Access to the garden with 20 steps and to the Exhibition Hall with 18 steps. Access to toilets, non-dedicated, has a 25 cm step.