Historians use to think Pergine Castle rises on the site of an old prehistoric fortress, which later became a Roman settlement; later on, it was transformed into a Longobard stronghold. 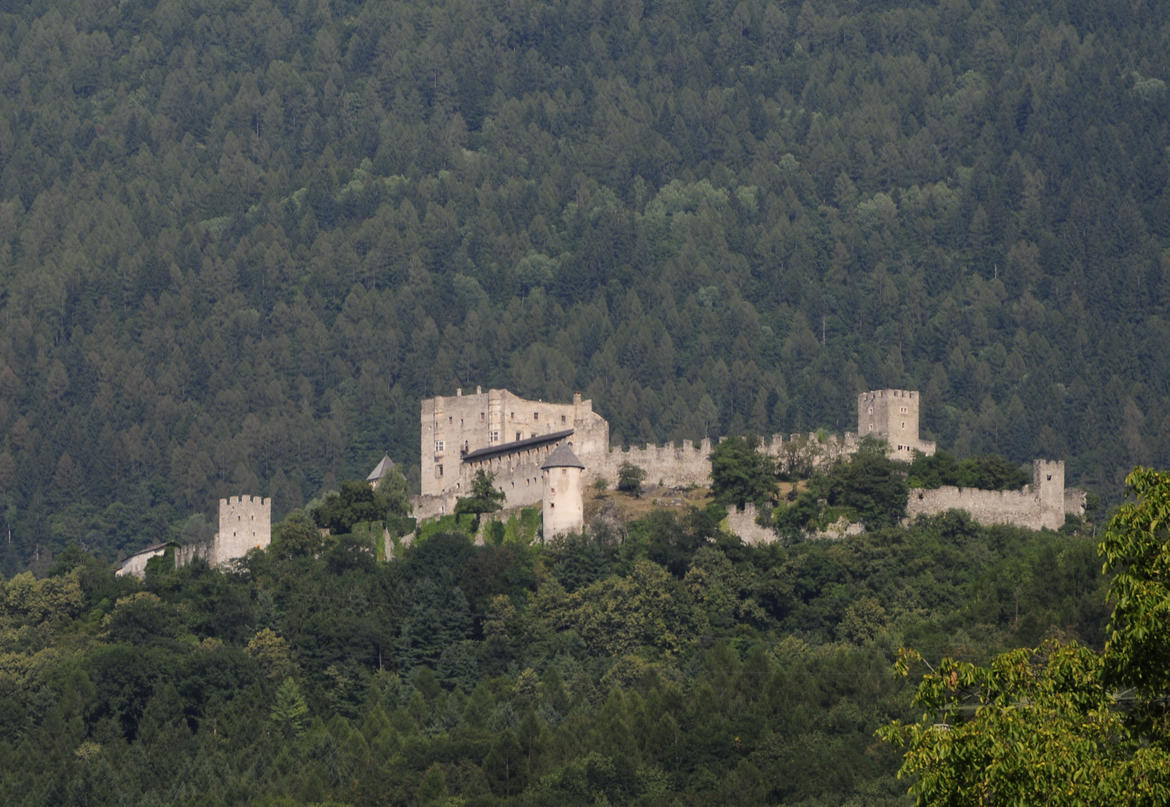 The imposing Castel Pergine overlooks the Upper Valsugana and Lake Caldonazzo.
Because of its strategic position guarding the Via Claudia Augusta Altinate, Historians use to think Pergine Castle rises on the site of an old prehistoric fortress, which later became a Roman settlement; later on, it was transformed into a Longobard stronghold. Erected in the 13th century, it belonged to the Dukes of Austria, under the reign of Margarete Maultasch, and then to the Emperor Maximilian I. In 1531, it became the property of the Prince-Bishop of Trento Bernardo Cles. In about 1900 it was sold to a German company and underwent some rather hasty refurbishment, which had it turned into a hotel and restaurant. In 1956 it was bought by Mario Oss and still belongs to his family today.
The castle boasts two surrounding walls: a Medieval part, comprising the defensive features, such as the keep and the towers, and the Renaissance residential quarters. A very unusual historical and architectural highlight is the huge octagonal pillar supporting the vaulted ceiling of the entrance hall. Other interesting features include, the so-called Prigione della goccia (Prison of the Drop), the Camera del camino (the Fireplace Room), which is notorious - popular legends have it that the ghost of a mysterious lady in white is used to appear there - the Sala del trono (Throne Room), and the Chapel of St. Andrew on the first floor. The five rooms on the second floor and the garden are used as exhibition venues.

Possibility of arriving at the Castle by car. Parking with gravel, asphalt and grass, sometimes bumpy. The indicated ramp, slightly uneven, allows to reach the internal courtyard and the dedicated toilets, that are located on the ground floor of the castle (which houses a hotel). Reception and Restaurant are on the upper floors reachable by high and irregular stone steps. The garden surrounding the castle (home to artistic installations) has a 3% slope in the first part and continues with particularly high and dangerous slopes. In the toilets the door opens behind the toilet, not allowing the wheelchair user to close it; the support handles are located on both sides of the toilet which is hollowed out. The distance between the right handle and the toilet is 59 cm.