The castle was first mentioned in 1124, when the local community was allowed to build a castrum novum on the banks of the Garda. Later, the Rocca became a symbol of military might and a place where powerful families exercised their authority. 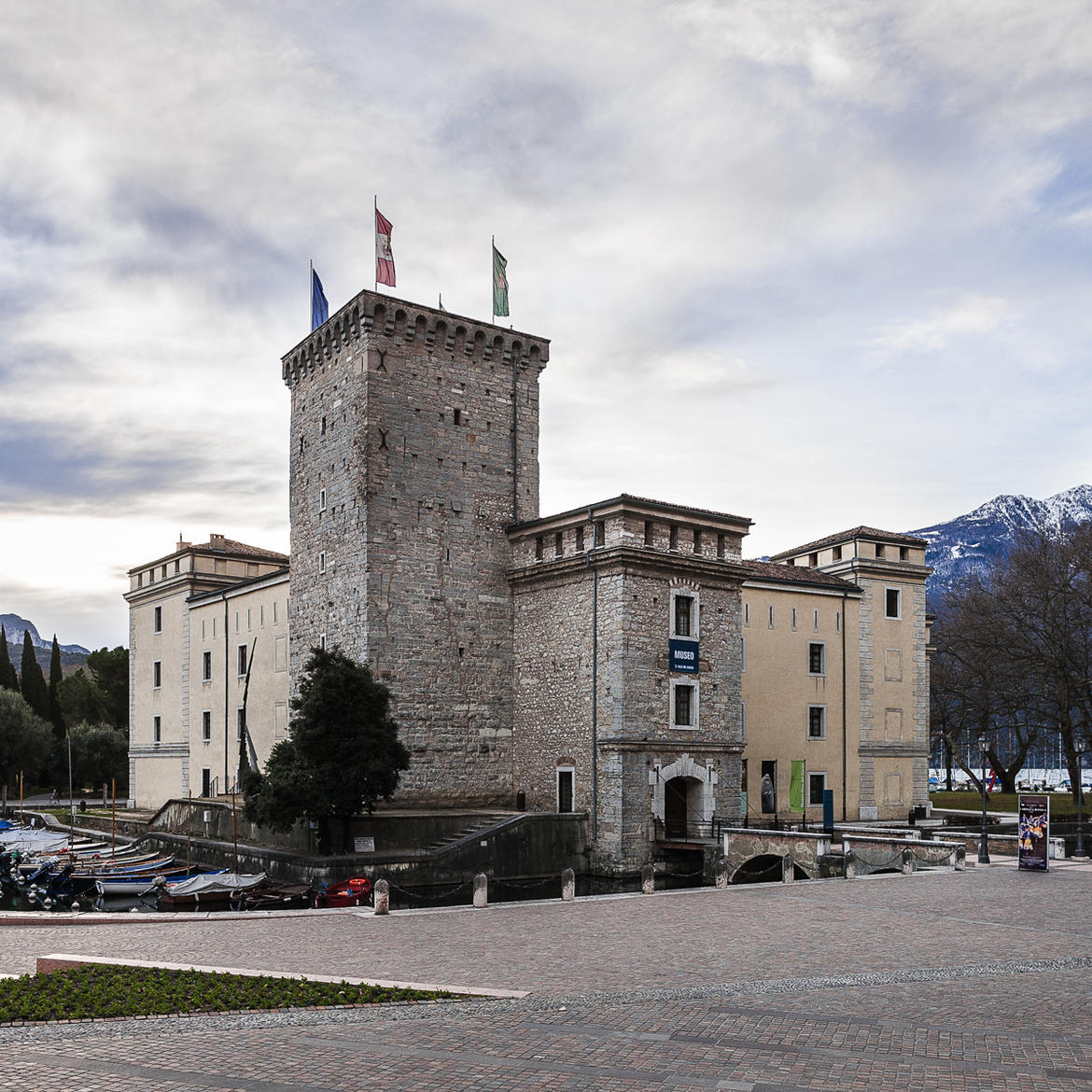 Today, Rocca di Riva houses the Civic Museum of Riva del Garda.
The Rocca di Riva, Riva del Garda's ancient castle, has maintained its sober yet elegant looks today, in spite of the many transformations it has undergone. The Rocca features stone and mortar walls, four corner towers, and a small bridge over the canal, which reflects the gardens and trees of the Brolio in its waters. The radical refurbishing works it has been subjected to over the past years have helped bring back to light some of its ancient structures, and have endowed the Municipal Museum with more space. The museum houses important artefacts of local art, history and culture.
The castle was first mentioned in 1124, when the local community was allowed to build a castrum novum on the banks of the Garda. Later, the Rocca became a symbol of military might and a place where powerful families exercised their authority. The castle was probably expanded by the Scalieri and Veneziani families. Other changes to the structure were made during the long domination of the Prince-Bishops of Trento, particularly under Bernardo Clesio. Illustrations from the past depict a different building compared to the one we see today, with a number of elements which are nevertheless repeated up until the second half of the last century and include: its double, bastioned fortifications, corner towers, fish ponds and fruit and rose gardens, as described in Renaissance and Baroque chronicles.

The park surface is made of porphyry, cobblestones and grass (benches seat height: 45 cm). Cobblestones cover also the internal courtyard. The stage can be reached by means of a 262 cm long ramp (slope: 3,9%). The wheelchair accessibile toilets indicated above are on the ground floor (open-front toilet seat and grab bar on the first approached side of the wc). Other dedicated toilets can be found on the 1st floor, inside the Upper Garda Museum (room sizes: 189x205 cm; vertical grab bars on both sides of the toilet bowl, which is 54 cm high).