The Castello di Stenico is an exhibition venue of the Castello del Buonconsiglio. It dates back to more than 2000 years, and was first built as a refuge for the Stoni, from which the town takes its name 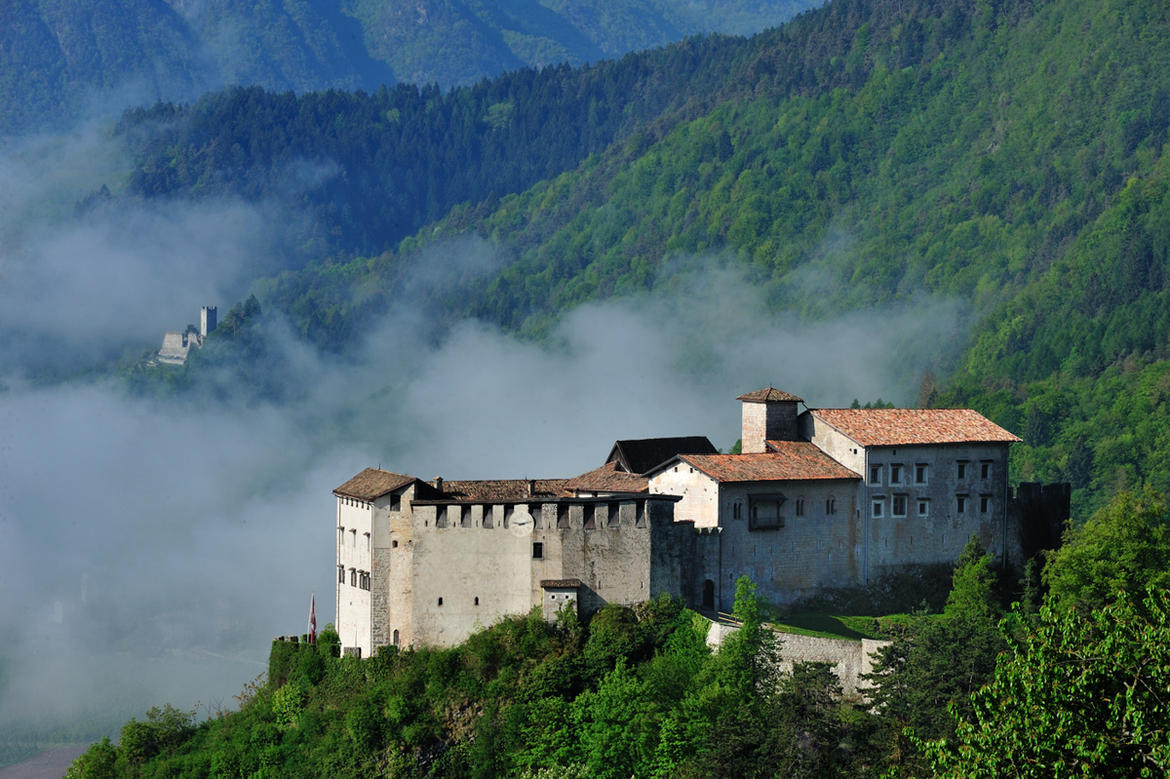 The Castello di Stenico is an exhibition venue of the Castello del Buonconsiglio.
A seat of power built on a spur overlooking the roads of communication towards the Valli Giudicarie, Castello di Stenico dates back to more than 2000 years, and was first built as a refuge for the Stoni - a proud Alpine population exterminated by the Romans - from which the town takes its name. Its history is closely tied to the Prince-Bishops of Trento, who also used to administer justice. Legend has it that prisoners were left to die of starvation in the hunger tower, and that their restless spirits still appear on full-moon nights. In the 18th century, the castle saw the beginning of its decadence with the Napoleonic occupation. The first refurbishing works began in 1910 and were later continued in 1973 by the Autonomous Province of Trento.
Visitors can access the castle on a steep ramp connecting the piazza to the town of Stenico. The frescoes housed in the main rooms are of particular interest. Nowadays the castle is an important venue and hosts exhibitions, photographic and contemporary art contests as well as concerts and other performances. Furthermore, it also hosts a prized archaeological section dedicated to local history as well as a furniture, paintings, arms and ancient tools exhibition borrowed from the collections of the Museum of the Castello del Buonconsiglio in Trento, of which it is a branch.