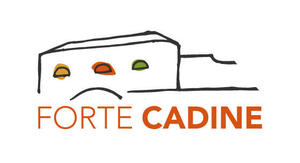 The gallery with sounds and shadowgraphs recall life in the fort

Glimpse of the Fort from the path

The cannon room with the big dynamic scale model, on which different cartographic representations are projected

Trentino, located at the centre of the southern Dolomite mountain range, has always been one of the main communication routes to and from Central Europe and the Mediterranean basin.

For this reason, when Trentino became a border area between the Kingdom of Italy and the Austro-Hungaric Empire, numerous fortifications were built here to defend and enclose the main connecting routes of the regional capital.

In this country, which was once divided, we can retrace the paths of the two opposing armies, visit their forts and military posts, to experience a journey full of memories and emotions that supports and strengthens the spirit of peace and cooperation among peoples.

Fort Cadine should serve as "Information Centre of the fortifications in Trentino", and is a symbol of memory, open to the present. It is no longer a border area, but it has turned into a European meeting place which can sensitise any citizen to the cultural values to share; starting from this historical heritage site, intercultural dialogue and education can be fostered.

Fort Cadine wants to be a meeting place, open to young people, a laboratory for cultural cooperation, part of a tourism system that can connect different countries owning similar historical heritages.

Because of its importance as historical site that celebrates and symbolizes the European ideals, values and history, Fort Cadine has applied as candidate site for the The European Heritage Label.

HOW TO GET THERE